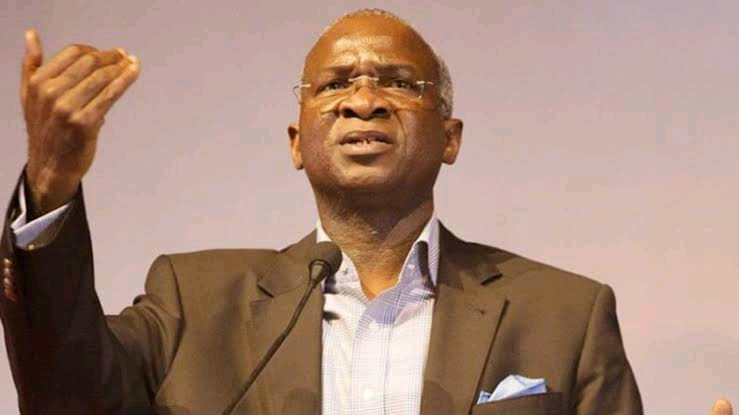 A pro-democracy organization, Nigeria Peace Advocacy Group, NPAG, has expressed excitement over the possibility of the Minister of Works and Housing, Mr Babatunde Raji Fashola, SAN, to become the next President of the Federal Republic of Nigeria, if clamour for generational power shift by the Northern youth comes to a reality.

NPAG Convener, Comrade Omolola Olukayode, in a chat with our reporter on Friday in Ilorin, the Kwara State capital, said that it is a thing of joy that if the clamour for generational shift being spearheaded by the Northern youth comes to a reality, explaining that, the ages between 45 and 60 years being considered for the next President is in favour of the minister.

The former governor of Lagos State and current Minister of Works and Housing, Fashola, SAN, was born in 1963 and would clock 60 in 2023, meaning that, he would be eligible to campaign for the post when electioneering commences next year, 2022, if he decides to contest for President.

Olukayode, who made it abundantly clear that the minister has neither declared intention to contest the 2023 presidential election, nor asked anybody to campaign for him, however said that “the fact still remains that he is eminently qualified to succeed his boss, President Muhammadu Buhari,” reasoning that “his emergence as the next President would go a long way in the area of continuity, as he would be at home to build on what the outgoing Nigerian leader had solidly put on groud.”

Speaking further, the youth leader said that it is gratifying to note that those clamouring for generational power shift have made it clear that the best choice can come from any part of the country, enthusing that with Fashola, Nigeria would kill two proverbial birds with one stone.

He said enthusiastically, “What I mean by that is with the minister as the choice of the youth, the clamour for rotational presidency from the North to the South would be achieved, while at the same time the clamour for power shift from the old to the young would also be achieved.”

The youthful activist spoke on the heel of a media parley organised by the Northern youth in Kaduna recently, under the umbrella of Arewa Youth Consultative Forum, AYCF, where its President, Mallam Yerima Shettima, did not mince words in asserting that the entire youth of Northern extraction would mobilise to support a youth to be the next president of the country from 2023.

And since the age bracket, according to the Northern youth falls between 45 and 60 years, Olukayode expressed optimism that Fashola would be in the fore front of those to be considered when the time comes, believing that “the 58-year old grand achiever and super performer has intimidating credentials to parade.”