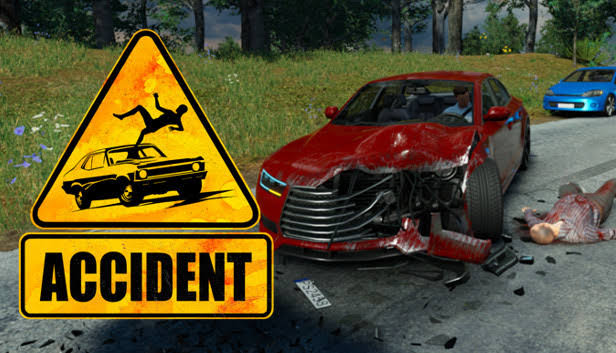 Two Junior Secondary School, JSS, students in Ilorin, Kwara State, were crushed to death by a sand truck and a cab at the roadside while they were waiting to board transport home.

Eye witnesses said that the sad incident occurred when a taxi cab wrongly parked with its tail blocking the road on the side where the students were standing.

The truck, loaded with sand, reportedly rammed into the taxi, which impact in turn pushed it and eventually crushed the unfortunate school children to death.

Sources told CompassNG that the incident happened about 1. pm on Thursday, while no fewer than five persons sustained different degrees of injuries.

The fatal accident happened at Gaa Odota junction along Ilorin-Ogbomoso highway, beside Alade Filling station, according to sources.

The tipper too, was also reported to be on a high speed, which made it difficult for the driver to control the truck. The cab also, according to eye witnesses ran into two other vehicles in front, including two tricycles.

Confirming the accident, Kwara State Sector Commander of the Federal Road Safety Corps, FRSC, Jonathan Owoade, attributed the cause of the road crash to excessive speeding.

He disclosed that nine persons were involved in the accident, adding that relations of the deceased had since claimed corpses of their own, while his officers and men rushed the injured persons to Geri-Alimi Hospital, few metres away from the scene of the accident.

He added that the accident involved four vehicles: one tipper, a Mazda car, a Nissan car (private) with red colour and commercial tricycle.

He gave the numbers of the Nissan car as AG20NBS and the cab (Mazda), LFF16XA.