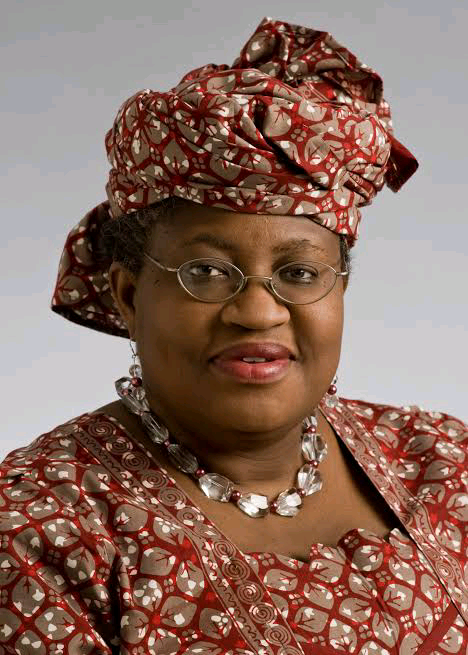 For describing the new Director-General of the World Trade Organisation, WTO, Ngozi Okonjo-Iweala, a ’66-year-old grandmother,’ a total of 124 ambassadors and heads of international organisations based in Geneva, have criticised some Swiss newspapers.

At least three Swiss newspapers – Luzerner Zeitung, Aargauer Zeitung and St. Galler Tagblatt — primarily described Okonjo-Iweala as a grandmother, following her announcement as the Director-General of the WTO.

“This Grandmother will become the new boss of WTO,” the headline of a report by Luzerner Zeitung read.

The article was published in the online and print version of the newspaper.
In a tweet on Friday, Elisabeth Tichy-Fisslberger, permanent representative of Austria to the United Nations and other international organizations in Geneva, said ambassadors and heads of international organizations sent a letter to the editors of the newspapers over the article.

Tichy-Fisslberger shared a copy of the letter, which described the publication as demeaning to Okonjo-Iweala and the WTO.

The ambassadors called for a balanced and objective report reflecting the WTO DG’s qualifications.

The letter said, said, “The title you found appropriate to choose for your report on the new Director-General of the World Trade Organisation; ‘This grandmother will head the WTO’ landed you with a wave of outrage in various social media.”

It added, “The latter had the merit of spreading a set of information not contained in your article about Dr. Ngozi Okonjo Iweala, the first woman and first African at the head of the WTO, and the stellar career which had led her from universities like Harvard and the Massachusetts Institute for Technology to the executive floor of the World Bank. She served twice as the Minister of Finance of her country, Nigeria, and once as the Foreign Minister.

“None of this could be found in your article, whose title sounded implicitly demeaning both for Dr. Okonjo-Iweala and – in the process – the WTO itself.

“As readers of your article, we were wondering what kind of information policy might have inspired this kind of presentation: Is a title qualifying a lady in a somewhat derogatory way as “grandmother” really a better eye-catcher than advertising an exceptional female career? How many domestic male politicians might feel that an article qualifying them – even though truthfully – as “grandfathers” without, however, mentioning any further qualifications, does justice to their ‘profile’?

“One might add some more questions, e.g.: do you consider it a useful support to Switzerland’s very committed international headquarters policy to present international personalities in rather pejorative or belittling terms?”

The ambassadors advised the newspapers to adopt a balanced and objective style of reporting in the future.

Okonjo-Iweala won a majority of the vote from member countries during the voting process.

Her candidature was opposed by the US, when Donald Trump was President; a position that changed with Joe Biden’s election.