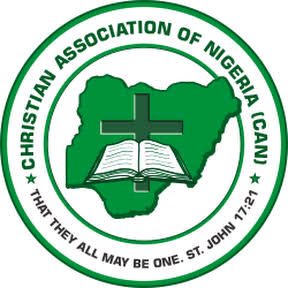 …Wants Their Schools Back

The Kwara State chapter of the Christian Association of Nigeria, CAN, and owners of missions grant-aided schools have disagreed with government’s directive that hijab should be worn by girls in their schools.

This was made known while fielding questions from newsmen at a briefing where the communique of a plenary meeting of CAN, proprietors of grant-aided schools, heads of Christian denominations and delegates across the state was read.

The church leaders said it was strange that the Federal Appeal Court sitting in Ilorin arbitrate over a matter bothering on request by Christians to reclaim their schools gave a ruling on a matter not contained in the appeal before the appellate panel.

According to them, the Kwara State government was also wrong to give directives on wearing hijab in missions schools when government was on notice that the matter was already at the domains of the Supreme Court of Nigeria.

They said, “The body rejects and condemns the approval of the use of Hijab in Christian Mission Grant Aided Schools,” saying, the development would easily expose Christian students to attacks by terrorists in the event that such incidence happens.

Also, they demanded that “Christian mission grant-aided schools should be returned to the owners promptly as most of these schools have churches beside them and any unnecessary trespass may lead to breakdown of law and order.”

Shedding more lights on the agitation, Revd Dada said it was in 1974 that the government of Col. David Bamgboye approached mission schools to be grant-aided as a quick way to form good foundation for the desired education system in the then young Kwara State.

According to him, mission schools had for decades before 1974 gotten their schools providing sound based education for young Nigerians in line with the doctrines of the respective owner missions.

This strong aspect as the cardinals of the owner missions said was not compromised and the government agreed that it was only grant aiding, it was not taking over their schools.

Revd Dada said for instance, churches bought the lands on which their schools were built, erect the structures and was responsible for appointing heads of the schools for the sake of the owner missions’ interests, fashioned along their faith and doctrines.

The Christian body, however, appreciated the governor, Mallam AbduRahman AbdulRazaq, for having “a good interactive session” with Christians over the matter and expressed hope that he would along the line see reasons with the Christians.

Meanwhile, CAN has directed its members to “occupy all grant-aided schools and engage in prayers and fasting till the matter is finally put to rest, while dialogues with government, would continue.