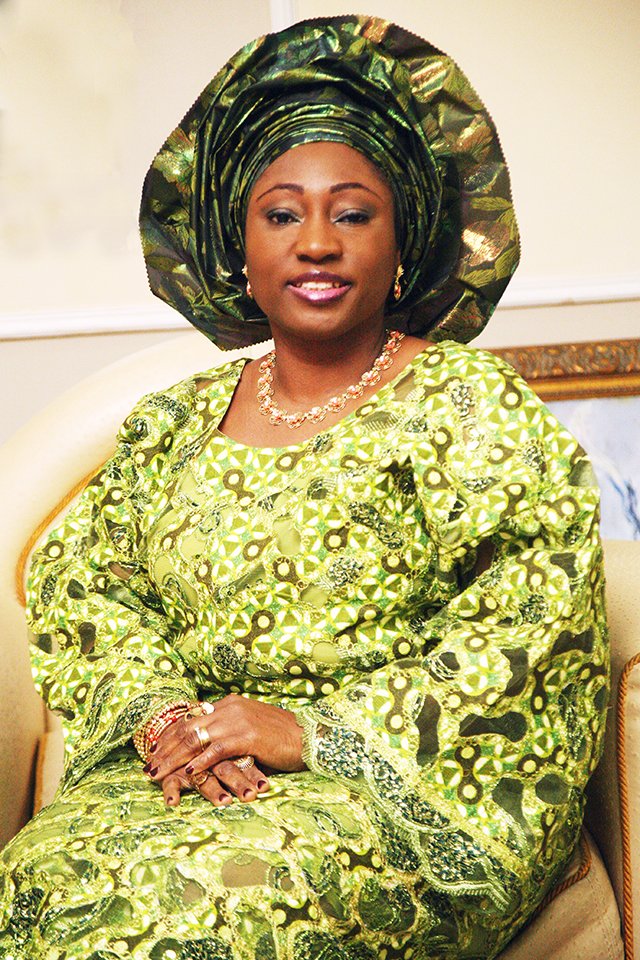 I think I can say it now!
The time is ripe!
To look back and do a recap of the good, the bad and the ugly that one observed and experienced while serving in the government of Dr John Kayode Fayemi, JKF-2.

Though it is the wife, Erelu Bisi Adeleye Fayemi, who is on the spot today, it may be a commissioner tomorrow or a fellow Director-General, DG or Senior Special Assistant, SSA, next tomorrow

Although an attempt had been made by one journalist to unveil this, unfortunately, the guy chickened out like a lily-livered fellow.

But for me, I don’t give a damn, because I am the only one who has the authentic and verifiable story on vivid graphic details of the sacrilegious act committed by Her Excellency, Erelu Bisi Fayemi, in one of the events which I convened where the act took place and also being a witness of the act. 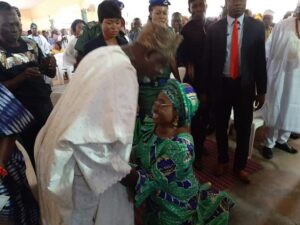 At least I am no longer working for the government of Ekiti State, as the Director-General, Ekiti State Council for Arts and Culture or running errands for the outgoing governor of the state, Dr John Kayode Fayemi, as his Senior Special Assistant, SSA, on Tourism Development, where, though I was not able to perform so well as desired (that is a story for another day).

Hence, I now have the liberty and unfettered freedom to expose and reveal some strange events and occurrences which I found to be odd and that I cannot hitherto reveal while servicing either Ekiti or the governor of the state.

Also special thanks to the fact that Governor Fayemi and his wife, Erelu Fayemi, unlike some other governors did not place their appointees on the oath of secrecy, forbidding them from opening their mouths to tell their experiences under them.

Also, both husband and wife cherish and adore the elements in Chapter IV of the 1999 Constitution of the Federal Republic of Nigeria (as amended). Particularly now that I am back in my profession – journalism, which gives me the licence and liberty to investigate, expose and create public awareness about what has been hidden, or is being hidden and highlight some of the strange acts and deeds of some political appointees in government.

Of course, to many of us, there are some behavioural patterns expected from someone who God has elevated into positions of authority, particularly the post of the First Lady of a state.

We believe that anybody planted in that kind of top position and who God has raised to a higher level should naturally jettison some manners which are considered anathema and unbecoming of a lady in such position and status.

These are manners which are only exhibited by people of low means, low status and of unrecognisable personalities.
Manners and behaviour which live thousands of miles away from their excellencies, the wives of governors and ogas on top.

Thus it will not only be strange, but of utmost embarrassing when someone like Erelu Bisi Fayemi, a psychedelic, cosmopolitan, sociable and intercontinental soul, who junkets all over the world experiencing ‘civilised’ manners now condescending so low to commit one of the acts!

Sacrilege of the highest order you say?
Imagine a whole first lady of Ekiti State,
Yes, one of the very best homosapiens and exciting souls God has created; a well-travelled fellow, cosmopolitan in view and global in outlook.

The First Lady of a whole Ekiti State – the state full of professors; the state where every house has produced a graduate; an intercontinental woman, who has mingled and still rubbing minds with great men and women in the world!

Imagine this woman in a public place, where there are culturalists; in the presence of prosperous fellow of arts and culture, saw one old man whose dressing was very unattractive, a time beaten agbada, which the top did not compliment the buba!

A man who was one of the five people to arrive the Ekiti State Cultural Centre, at 9:15 (probably an inconsequential man); for an event scheduled to commence at 10 am; and in the glaring eye of all, Erelu Bisi Fayemi, in her glamour and majesty, without minding that the floor will cast a stain on her dress, knelt down, with observed humility, for a man, who she described as her teacher, who had taught her at the university, long years ago.

And just because of that, the whole First Lady of Ekiti State has to do the cultural way, our way of greeting an elder!

Showing a robust sense of being a thoroughbred, from a good home, who married a naturally and culturally responsible husband!

A family which honours values, culture morals, ethics and tradition, had to kneel down.

On 25 August, 2019, in Ado Ekiti, Ekiti State, at the Ekiti State Cultural Centre, Erelu Fayemi knelt before one man who was wearing a time-beaten agbada!

And in humility for Professor Olomola, who was one of the guests at the first Ekiti State Council for Arts and Culture Stakeholders’ Forum.

Some believed it was a sacrilege, but ‘bibi re k’o see f’owo ra, bi a bi ni ko to ka tun ara eni bi!

And if in case you are not happy, sue me or come and beat me in Usi Ekiti.

•Watch Out: The Commissioner Who Did The Unexpected.

You will be shocked.