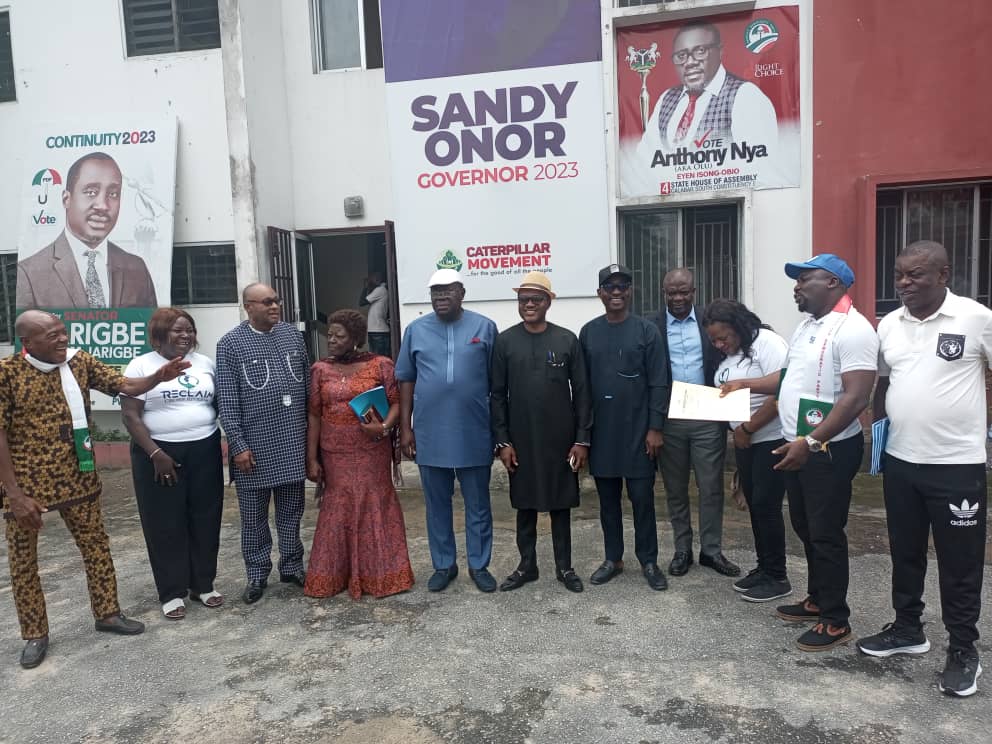 The Cross River State chapter of the Peoples Democratic Party, PDP, on Thursday in Calabar, vowed to wrestle with the All Progressives Congress, APC, in the state to reclaim what the party described as stolen mandate back to the PDP come 2023.

The party stated that a the time has come when all party men must stand up to reclaim what was taken away from them, even when the party won election in 2015 and the present state governor ran away with power to the APC.

Speaking on the issue, the state PDP Chairman, Mr. Venatius Ikem, assured the people that with the PDP, a lot of things that had gone wrong in terms of what he described as mismanagement of the state-owned resources would be reversed back to normal, adding that the hardship inflicted on the people of the state by the APC government would be put to end.

Ikem gave the assurance in Calabar during the handing over of the report of the party’s Reconciliation Committee, constituted to reconcile aggrieved members of the party.

The PDP chairman lamented the absence of governance in the state, stressing that the 2023 elections have presented a better opportunity for the state to be rescued from the mismanagement of the ruling party.

Ikem boasted how the PDP remains the best party to restore normalcy to the act of good governance in Cross River State.

He said, “Our people are groaning under a horrible leadership and it is up to us to extricate from this dungeon that we have all found ourselves.

“Nobody could have imagined that a vibrant young man could be so poor in performance in government.

“As a party, we are ready and we will be united in the pursuance of rescuing our state from poor governance.”

He added, “I must commend you for a job well done, even without looking at the report. While you were going round the state, we were privy to what was happening.”

In his earlier remarks, the immediate past Deputy Governor of Cross River State, who chaired the PDP Reconciliation Committee, Mr. Efiok Cobham, stated that the committee came up with far reaching recommendations, which if fully implemented by the party’s hierarchy, victory is certain for the PDP.

Cobham maintained that there were bound to be aggrieved persons, especially after the primaries, stressing that the strength of the party lies in the unity of its members, if the party is serious with the business of winning elections.

The committee chairman averred that the committee achieved greater success on its assignment, having visited all the aggrieved members in the eight federal constituency of the state.

The committee chairman said, “However, we won’t say we have reconciled all aggrieved members, but we achieved more than what we set out for ourselves and the reconciliation is still ongoing and the recommendation we submitted is implementable.

“If implemented, it would enhance the chances of the party in the 2023 general elections.”