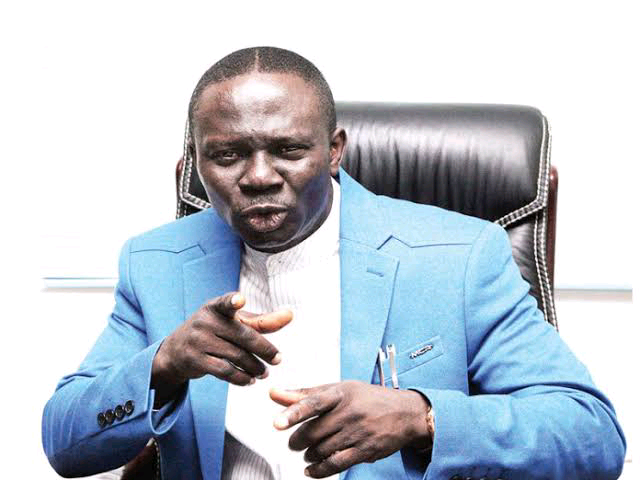 But for this campaign, we would not have known how strong and energetic the presidential candidate of the All Progressives Congress, APC, Asiwaju Bola Ahmed Tinubu has been. At his age, he did knee cap replacement and within three months, he started going about as if nothing had happened. He works at least 18 hours of the day, attending to the challenges of his campaign, people, interests and scenarios. Just late in December, he was in London, left London on the 30th, to Saudi Arabia for lesser hajj, returned to Nigeria on Monday, 2nd January, proceeded to Kano for campaigns. After the Kano campaigns, he proceeded to Edo State, from there to Abuja to attend the youths summit, then proceeded to Ondo State for campaign, then entered into Lagos to received endorsement of the Arewas in Lagos on his aspiration. From there he hosted the business community and private sector operators, then proceeded to Adamawa for campaigns. All within 8 days, yet someone will tell me Asiwaju Tinubu is not strong? How else do you define strength, energy and capacity to stand your own and cope with the pressure of office, if not this way. Aside from coping with the pressure of campaigns, Tinubu stays late into the early hours of the morning, attending to people and planning his next strategy with associates, like-minds and lieutenants.

The first time I was to have a discussion with Asiwaju Tinubu, he gave me a 2am appointment. I wondered aloud, and asked from my end, if he meant to say 2pm, he answered with a chuckle, “I said 2am. I thought you people said I am not strong, so why should a 2am appointment be strange to you?”

I managed to break my communication with the goddess of sleep, to honour the appointment, looking forward to be disappointed by his timing. Getting to Asiwaju’s house, I saw a busy environment with over 20 persons still waiting to catch space with him. I waited for about few minutes, and he came out, looking like someone who was just starting his day, appearing so refreshed. He beckoned on me and off we settled down for discussion. For the next one hour, Asiwaju was upbeat, answering my interrogative questions and offering very rich insight into the rationale for his contest. He spoke so frankly and pointedly that I was left wondering the source of those negative news against him. Well this is politics where all manner of falsehood and orchestrated reportage are churned out to pollute the atmosphere l, without repercussions.

By 3.05am, I was in a hurry to round off my discussion, but Asiwaju was still ready to push our talk further, before I cautioned that it was auspicious to allow others have a slice of him.

While I departed at about early hours, I could still estimate the number of persons that were waiting to see him and probably keep him awake till daybreak. That is his routine; keeping awake most nights, a thing that he’s so used to and had to be prevailed upon to apply break so he doesn’t break down. So, each time his aides unsuccessfully persuade him to slow down, they come with the option of foreign travel, which will give him the opportunity to refresh himself, even though at those times, he still works through his phones to keep tab on people.

Talking seriously, I think leadership comes with its own challenges, but one’s ability to keep tab and burn the midnight oil in order to sustain catch up with lost time, often times, define the cutting edge of leadership. Asiwaju is an uncommon leader, who understands the peculiarity in a volatile political atmosphere with so much hostility, but each time those hostilities are thrust upon him, he comes out looking real refreshed and stronger. He understands human nature and knows how to cultivate friendship and sustain same without betraying sentiments. He also understands the issues around governance and leadership, issues of development and how to grow nations with policy frameworks that can endure the test of time.

Asiwaju Tinubu is being largely under-rated, but the energy in his political undertakings is what anybody cannot under-rate.

Asiwaju Tinubu is one Nigerian politician, who is so strategic with a street sense, whose level of interaction with the ordinary folks is profound. Aside from being a pro-democracy activist of note, he stood on the side of the people through the trenches to birth this democracy. If anybody must take credit for the enthronement of this democracy, Tinubu’s National Democratic Coalition, NADECO, and the activities, helped in no small way to push the military back to the barracks.

His ability to sustain a succession plan in Lagos State has also deepened stability and development in Lagos. His contributions to the sustenance of this democracy is remarkable, little wonder his popularity across the country has become formidable. He understands the political dynamics in the country, and the intricate logic of the Nigerian federation.

Tinubu’s boldness, courage, and strong political will, are ingredients that stand him out as a leader of men, who is circumstantially suitable to strengthen our national conversation at a time of anomie. What Nigeria desires at this time is a man who can initiate and sustain elite consensus to promote unity in diversity.

Once this national dialogue becomes a veritable tool to jaw-jaw on issues of our nationality, it will be a more assured way to finding solutions to developmental problems.

In the last one week, Asiwaju Tinubu has broken bookmakers prediction by virtue of his continuing campaigns across the country. He has covered about five states within this period. The President, Muhammadu Buhari has also joined the campaigns, raising assurances that the APC has become one family to prosecute the remaining part of the campaigns. Those who stayed back before without participating have now realised the need for joining to build a holistic and collective approach towards the election. Tinubu’s opponents are in the social media in London and else where, abusing the man on the field. Like the brilliant approach of a strategist, Tinubu is keeping them busy, while he is adding more pep to his effort at ensuring that he covers the entire country more than once. On top of that, when Asiwaju Tinubu retires home for the day, you still see him engage in several meetings and also keeping other important appointments. Asiwaju does not know how to pretend about situations. He believes in working hard to get results, instead of laying back thinking that the job will be done by others. He believes in the philosophy of power that it is not served a la carte, but a serious indulgence that has to be cultivated with all seriousness, tact and diplomacy.

By all implications, Asiwaju Tinubu is leading the charge for the 2023 general elections. No matter how dubious the pollsters have tried to manipulate the narratives, Tinubu is surely the man to beat. The ruling party have the reach, spread, structure, contact and ability to mobilise the electorates for a positive outcome, baring any unforeseen circumstances. There are several permutations that tend to suggest that anything can happen, but my crystal balls told me unassailably that Asiwaju Bola Ahmed Tinubu, the Jagaban Borgu, will clinch the trophy.

A greater responsibility rests on the Independent Natıonal Electoral Commission, INEC, to generate a defensive mechanism that can checkmate deliberate attempts to hack into its server by desperate Peoples Democratic Party, PDP, goons, who see 2023 as a seemingly final lap to get itself into office. But the odds are against the PDP. The G-5 have since pulled the rug off the feet of the PDP, just like the 2015 scenario that altered the permutations.

The G-5, more than anything else, have solidly spoken with one voice and consistently made its position known about the need to balance power in the name of equity, fairness and justice. Given the internal dissension within the PDP and the crossroads of its leadership, it will be a tall order to contemplate that the party will ride smoothly through the rigours of campaigns and the elections.

2023 is the year of Asiwaju Tinubu, such a strategic political thinker, planner, organiser and risk taker of no mean repute, who has been able to sustain his democratic battles with successes at different levels.

•Afegbua is a former spokesperson to the presidential candidate of the Peoples Democratic Party, PDP, Abubakar Atiku.