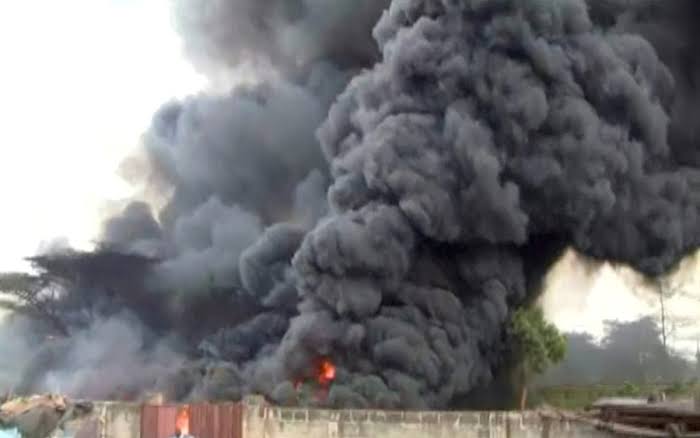 Scores of people have been injured in an explosion which occurred in Abule Ado, Amuwo Odofin Local Government Area of Lagos State, on Sunday.

The explosion created panic in the area as people were at quandary as to what caused the early morning explosion, which impact had destroyed some buildings.

As of the time of this report, the suspected cause of the explosion, the casualty figure and the number of buildings affected could not be ascertained, but unconfirmed sources claimed that the casualty both in human and capital resources are enormous.

A resident, Aliu Jimoh, said two fire service trucks had arrived the scene of the explosion, but the fire has continued to rage, as it was yet to be put out.

Jimoh said that scores of people had been injured and numerous building affected.

He said, “There is a problem in Abule Ado right now, a pipeline has exploded and many buildings have collapsed, including a school. We don’t know if people are in the building or not.”