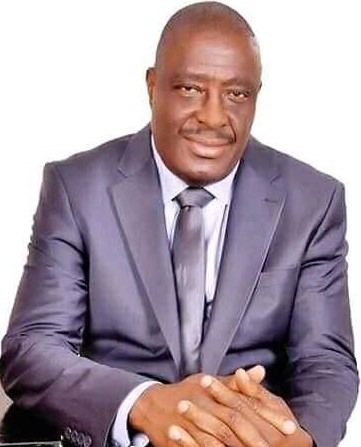 The Managing Director and Chief Executive Officer of the Delta State Oil Producing Areas Development Commission, DESOPADEC, Bashorun Askia Ogieh, has expressed shock and sadness over the death of one of the members of the board of the agency, Hon. Joyce Overah.

Bashorun Ogieh said, “We’ve lost an articulate, passionate and forthright member of our board whose painful passage is hard to imagine. But we are consoled that he demonstrated his passion for his people in very practical ways that are enduring.”

Describing the death of Hon. Overah, a consummate politician and key stakeholder in theDelta State chapter of Peoples Democratic Party, PDP, in the state, as a blight on the seamless progressive trajectory of the board since its inauguration about a year ago by the state governor, Senator Dr. Ifeanyi Okowa.

The DESOPADEC helmsman said the late Hon. Overah was a trusted and committed board member, whose inputs were pro-development for the mandate areas, describing his death as a sad development for all board members, management and staff of the commission. Bashorun Ogieh prayed the good Lord to console the family, at this very difficult time.

The late Hon. Overah was a former member of the House of Representatives, who represented Okpe/Sapele/Uvwie federal constituency in the lower chamber of the National Assembly between 2007 and 2011. He was also a Commissioner for Science and Technology as well as Commissioner for Local Government and Chieftaincy Affairs in Delta State during the first tenure of Governor Okowa between 2015 and 2019.

Hon. Overah was among the members of the Board of DESOPADEC inaugurated nearly a year ago by Governor Okowa, where he represented Urhobo ethnic nationality, covering Okpe, Sapele and Ethiope West council areas.