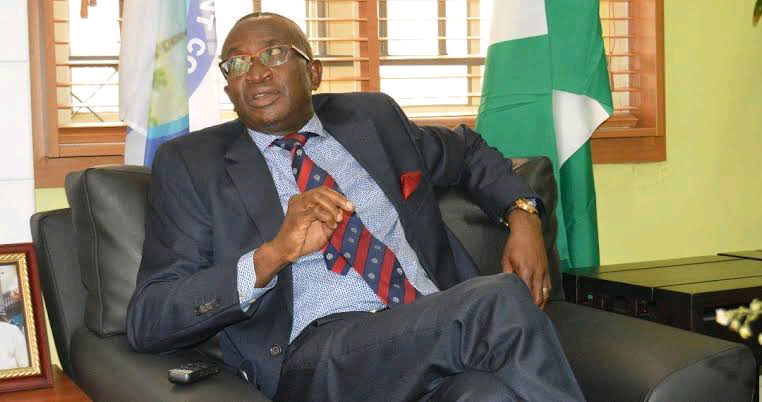 Former Senate Leader, Victor Ndoma-Egba, has cautioned Nigerian youths against another round of protest which, according to him, could be hijacked by miscreants, who he said organizers of such protest may lack the capacity to control.

Ndoma-Egba dropped the caution while speaking with journalists in Calabar,the Cross River State capital, at weekend, shortly after he paid a visit to his Calabar residence for the first time since his home was attacked during the #EndSARS protest on October 24, last year.

Calling for a revisit of argument by youths, who claimed that their expectations had not been met by government in any way, Ndoma-Egba stated, “We have had a lot of missed points as a nation, but will this protest address this missed points? I think rather, it is a deliberate policy by the youths in the nation to be involved in means of acquiring power.

“And that means of acquiring power is through elections. Let them have deliberate plan to penetrate political parties and take over, after all, they have the number.”

Ndoma-Egba, who spoke in an emotion-laden voice, perhaps because of the level of destruction done to his home in Calabar, said, “But to start with, don’t you know that second protest can be again hijacked by miscreants, where at the end of the day the essence of the protest is defeated?”

He said that going by the historical antecedent of the nation, the country had always been led by youths, from the first republic, who were the leaders, who fought for independence of the country, adding that late Dr. Nnamdi Azikwe at that time was in his forties; late Chief Obafemi Awolowo was in his thirties, whereas Chief Anthony Enahoro was in his twenties.

He said that even the military leaders, who led the nation at that time, were all youths, including some state governors who also led the country at that time were also young who were in their 30s.

Ndoma-Egba further stressed that even the people who participated in the coup de tat at that time were young people.

Expressing shock that the masterminds of the attack on his home visited his home fully prepared, with all sorts of craftsmen and unleashed the attack,the former chairman of the board of the Niger Delta Development Commission, NDDC, added that the attack was deliberate and predetermined.

He said, “But like I said in the statement I issued immediately after my house was destroyed, I have forgiven them, but that’s without prejudice to the law taking its course, because I cannot influence the course of the law; but for me as a person, I have forgiven them.

“I hope what they did here benefits them, if it doesn’t benefit them in any way, then it was a total waste of effort and energy.

“And what we have lost here is priceless. There are collections that predates me, there are books in my library, that are my father’s practice books for instance, all gone. Mementos that were passed from one generation to another gone.”

Ndoma-Egba, who stressed that he began the construction of the attacked home in 1991 and finished the building in January 2009, wondered why those who hated him would choose to destroy a property he spent 18 years trying to erect in just one day!

The former Senate Leader mentioned other buildings affected by the #EndSARS protest to include the Calabar International Conference Centre, the National Identity Management Commission, the West African Examination Council, among others.