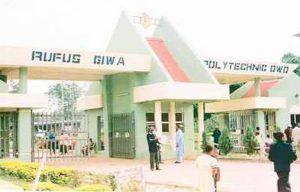 There seems to be no end in sight to the crisis rocking the Rufus Giwa Polytechnic, Owo, Ondo State as the Economic and Financial Crimes Commission, EFCC, is said to have intensified investigations into an alleged misappropriation of fund by the principal officers of the institution.
NatiinalCompassNg reliably gathered that the anti-graft agency has ordered the management/Council of RUGIPO, through the government, to produce some vital documents having to do with the appointment of principal officers of the institution; the approval limit of the board and the retirement age and many more.

Recall that the EFCC has been investigating principal officers of the institution and the Council Chairman, Mr Banji Alabi, over alleged misappropriation of fund ranging from transfer of fund to the personal account of Mr. Alabi and the purchase of fairly used (Tokunbo) cars at exorbitant prices and which allegedly did not pass through due process.

A senior member of staff of the institution, who pleaded anonymity, said the school is in disarray as the management/council seemed confused, adding that, they lack the administrative acumen to run the institution.

Efforts to contact the Public Relations Officer of the institution, Mr S.O. Ojo, proved abortive as his line was switched off. 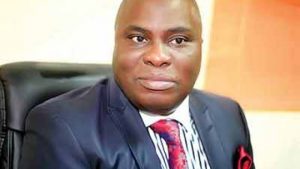 COVID-19: Unprofessional Conduct At Gudu Cemetary, FCTA To The Rescue