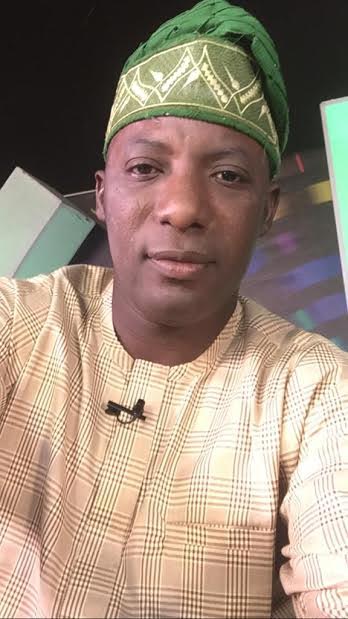 A renowned human rights activist and National President, Campaign for Dignity in Governance, CDG, Comrade Razaq Olokoba, has advised the Kwara State governor, AbdulRahman AbdulRazaq, to always speak out to clarify some of his administration’s policies to avoid misconception about his good intention for the state. The vocal political analyst, in an interactive session with the media in Lagos said that the governor has been performing wonders in environmental development, as well as across all other vital sectors of the economy in the state, but however, lamented that the governor is not forthcoming in the area of articulation of his policies to the people. According to him, presidents, governors and leaders across the universe talk, because talking is part of politics and governance. Olokoba also spoke on the knotty issue of hijab in Ilorin, enthusing that, amicable settlement is easy, if all the combatants return to their hitherto brotherhood status. Excerpts:

What is your take on the performance of Governor AbdulRazaq AbdulRahamn of Kwars State?

Well, to be honest, the governor is doing well. He is trying his best, but because of the peculiar nature of politics in the state till the last two previous administrations of Governors Bukola Saraki and Ahmed respectively, the people find the style of the current administration under AbdulRazaq strange. To those who were used to the business as usual style in the past, they would think the governor is not performing. But to some of us, who are keen observers, who take it upon ourselves to go round voluntarily, we can assure you that the governor is doing his best for the state.

However, his minus is that, he is too quiet. He should be talking, because talking is part of politics and governance. He should come out of his shell to explain some of his actions and policies. He owes the people the responsibility of explanation. He should carry the people along in his day to day activities. He should not leave the people in the realm of speculation, so that some of his policies would neither be misconstrued nor misinterpreted. Talking is part of the hallmarks of governors and leaders across the globe.

He is not doing well by not speaking out. He should let the people know about his environmental development. People are entitled to clarification on some issues. As far as I am concerned, the governor is working. I have driven round the state several times, and have seen his impacts across board without talking to anybody in government.

What can you say about the crisis rocking the governor’s political party, the All Progressives Congress, APC?

As a matter of fact, the governor should strive very hard to resolve the crisis within his party, the All Progressives Congress, APC, because it is dangerous to have an opposition within the party. The electorate that brought up the party in 2019 would be disappointed if the APC also tow the path of the previous administration that led to its demise. The APC would be shocked if the people start to withdraw their sympathy from it and start referring to the previous administration in glowing terms.

Let me be very clear from the onset that I am not a party man. But one wonders why the APC could not manage the crisis within, and thus appears as if it cannot manage success. The leadership of the party should appreciate the consequences of going into the election year with a divided house. I am afraid if the crisis is not distracting the governor by now!

He is in power. He should prove that he has the capacity to manage crisis. He should realign the aggrieved groups and individuals to forge a common front. Kwara people are watching with keen interest, and the goodwill being enjoyed from them should not be allowed to wash away. Let them see you as the man in charge, who is capable of turning any set back to a fortune.

What is your reaction to the hijab crisis puncturing the peace in Ilorin, the state capital?

Well, to me as a bona fide son of Ilorin, I find the situation strange. Strange in the sense that there has been a long history of peace in Ilorin, the city known to be predominantly a Muslim settlement. And from the data available, Muslims account for overwhelming percentage of the populace in Ilorin, because of the peculiar nature of the settlement. And from the interactions of the people of different ethnic nationals and religious adherents there, there is not supposed to be frictions of any kind in the city. We have been living in peace and harmony. There has been peaceful co-existence in the city. I have grown up there to witness peaceful co-existence in the city. I mean, living together as brothers and sisters in Ilorin, in particular, and Kwara State as a whole.

So, the recent crisis of Hijab or no Hijab appears strange to me. And I must confess, the crisis potends a lot of danger if not curtailed with a dispatch. The danger I mean, is not only for Kwara, but for the whole country at large, because of the strategic location of the state. It is a boundary between the North and the South and such a state ought not to be allowed to get involved in any crisis of that nature, bearing in mind that the country is already battling with series of security challenges.

Crisis of religious coloration in Kwara State would potend a lot of danger for the country, going by the insecurity occasioned by a group of sects that misunderstood the jurisprudence of Islam, known as Boko Haram. If allowed to fetter unchecked, the Kwara crisis has the potentials to escalate the already bad situation in the country.

In your own thinking, how can the crisis be resolved once and for all?

Well, all I know is that, it is incumbent on all of us as a people to strive seriously to nip the crisis in the bud, before it escalates further, no matter how serious it might look. We should find a way towards an amicable resolution. The issue of hijab is about the dressing code of the Muslims. And on the side of the Christians, the missions should look into the agreement reached with the government with open mind, with a view to arriving at an acceptable and workable decision for all the parties concerned.

My concern is that, in the interest of the future of the country, the solution should be now, because the children directly at the receiving end of the matter are our future leaders. And we have to be cautious the way we treat the issue on their behalf, so that wrong legacy would not be bequeathed to them. If we fail in this matter, history and posterity would not forgive us for leading the innocent children astray.

How do you score the governor’s way of handling the crisis?

I sympathise with Governor AbdulRahaman AbdulRazaq, because he is in a precarious situation. Remember he is a Muslim and also hails from Ilorin! There is hardly any decision he takes that would not be misunderstood. And I know that in his mind, he would want to be guided by his conscience in taking decisions that would lead to a lasting solution to the problem. On the part of the people, all the intolerant attitudes should be put aside. All the provocative utterances should also be avoided to pave ways for peace to reign again in the state reputed as the State of Harmony.

And we have to tread softly and cautiously, because religious intolerance always leads to provocation and when it blows beyond proportion, nobody would be spared. And no part of the country would pray for religious crisis. All hands must then be put on deck to support the governor and his administration to douse the needless tension the hijab crisis is causing.

What of if the matter has become a subject of litigation?

In that case, then, the law should be allowed to take its course. However, if an issue that is supposed to be treated spiritually, politically and as a family matter becomes a matter of litigation, it would have the capacity to either prolong the crisis or escalate it. I would have loved a situation whereby the matter is settled sitting around the table. If we war-war, at the end of the day, we will come back to the roundtable to jaw-jaw.

We should have gone back to embrace our sprit of brotherhood we are known for in the past to resolve the crisis. If that spirit is dead, we should exhume it, revive it and embrace it. Escalation or prolonging the crisis would do nobody any good. And the future of our children who are our future is what we are talking about! Ilorin is a Peace Centre, such that when crisis is coming from the North, when it gets to Ilorin, it would turn to peace. If it is coming from the South, on getting to Ilorin, it would metamorphose to peace. So, I urge all to let us revive that spirit for the good of all.

And to assure good governance, peace is vital and is an integral part of it. It is an indisputable fact that, no progress or growth takes place in an atmosphere of rancour. In order words, if we all desire dividends of democracy, we must allow for peace to reign. So, such an atmosphere of peaceful co-existence is still possible, if all of us are committed to it collectively. So, we have to jettison acts of provocation and intolerance if we really desire peace.