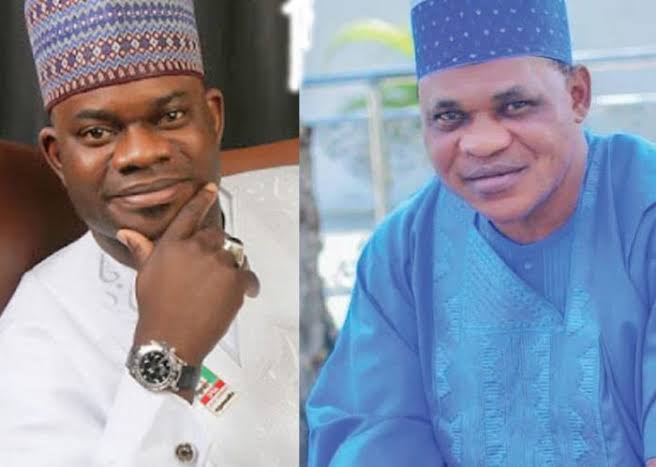 If anyone was taken aback by the out come of the Kogi State governorship election tribunal yesterday, certainly, not me and not any Peoples Democratic Party, PDP, chieftain I am closed to.

My dismay was even the pyrrhic victory Governor Yahaya Bello enjoyed in that judgment; because I was expecting the petitioner to be completely talked down and the petition be chucked out, but there was a dissenting opinion and what we got was a split judgment.

The countenanced PW19 expert evidences of forensics as held by the dissenting judge is expected to shape the lens of the appellate court and the apex court as we expect the legal rituals to proceed.

However, as reported, PDP/Wada majorly prayed that the November 16, 2019 governorship election in Kogi State be cancelled and the allegations were non compliance with the provisions of the Electoral Act, 2010 (as amended); violence; over voting; snatching of ballot boxes, among others.

Looking into judicial precedence on Card Reader contention, the position of the tribunal seems to tally with the position of Supreme Court in cases like the last presidential election and that of Akwa Ibom State governorship election.

The positions of the tribunal on evidences of PW2 and PW3 are completely off track. It tagged evidences well documented as hearsay. In totality, the judgment of the majority lack substance and seemed suspicious. That itself revealed their manipulation.

Of a truth, the dissenting opinion, in all fairness, made better judgement yesterday. Justice Ohimai Obviagele held that the expert forensic evidences revealed that 234,000 unlawful and illegal votes were credited to Yahaya Bello. As reported, if those votes are pulled out of the 406,000 votes of Yahaya Bello of the All Progressives Congress, APC, the PDP would be at upper hand with higher lawful votes. This is decipherable to a crawling child.

As part of the dissenting opinion, exhibits P146, P147 and PW32 all proved that the election was marred with violence and irregularities. Even though it’s not everyone who participated in that election that was fortunate to see the next day, because of the killings, most of us are living witnesses to all that transpired.

While Justice Ohimai Obviagele opined that the election be rerun, the two other judges, out of the three man panel of judges posing as the majority, named Yahaya Bello the rightful winner as declared by the INEC.

Like I did say yesterday, those who celebrate injustice would get their portion in due time. It stares on our faces everyday and everywhere. Human forgives, karma does not. The tribunal judgment appeared to be doctored and I wasn’t surprised.

The camp of Yahaya Bello already updated us the outcome, even before yesterday. Some of us that were privy to the information understood the handwriting. They mercilessly rigged the election and dangerously rigged the judgment.