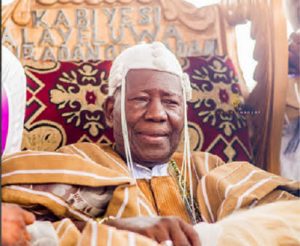 The Ajia Balogun of Ibadanland, Chief Adegboyega Adegoke, has stated his commitment towards creating more jobs for artisans in Oyo State, as well as contributing his quota to the development of traditional institution in Ibadanland.
He gave the commitment while donating N5 million worth of concrete blocks at the foundation stone laying ceremony for the modern Traditional Council Building, tagged ‘Mini Mapo’ in Ibadan South West, initiated by the former governor of Oyo State, High Chief Rashidi Ladoja.
High Chief Ladoja, who is the Osi Olubadan of Ibadanland and Oyo State Governor Seyi Makinde, performed the foundation stone laying held at Ibadan Southwest Local government secretariat, Alesinloye area of Ibadan, while the Olubadan of Ibadanland, Oba Saliu Adetunji Aje Ogungunniso 1 was the Chief Host and Chairman of the ceremony.
Chief Adegoke, who is the Executive Director, OES Energy Services Limited and its subsidiaries, said that the idea behind his gesture is to use the opportunity to stimulate the idea of local content policy, where most of the project construction works would be undertaken by grassroot artisans.
He maintained that the idea of giving these kind of projects to foreigners or companies from outside Oyo State should be jettisoned in order to boost the state economy from within.
While admonishing all other Ibadan indigenes who want to contribute their quotas to the project and others in the state to always seek the services of the internal or local artisans to handle such projects, he said, “The idea behind my gesture is to use the opportunity to stimulate the Oyo State economy by creating works and job opportunities for those indigenes that are into block makings, selling of cements, sands, water tanker operators and other ancillary services providers. I believe the multiplier effect of this singular act is enormous.”
Speaking at the ceremony, Chief Ladoja, while lauding his gesture, being one of the newly promoted chiefs in Ibadanland, implored all other notable Ibadan indigenes and the state as a whole to also contribute to the development of the traditional institutions in Ibadan, and the state as a whole.