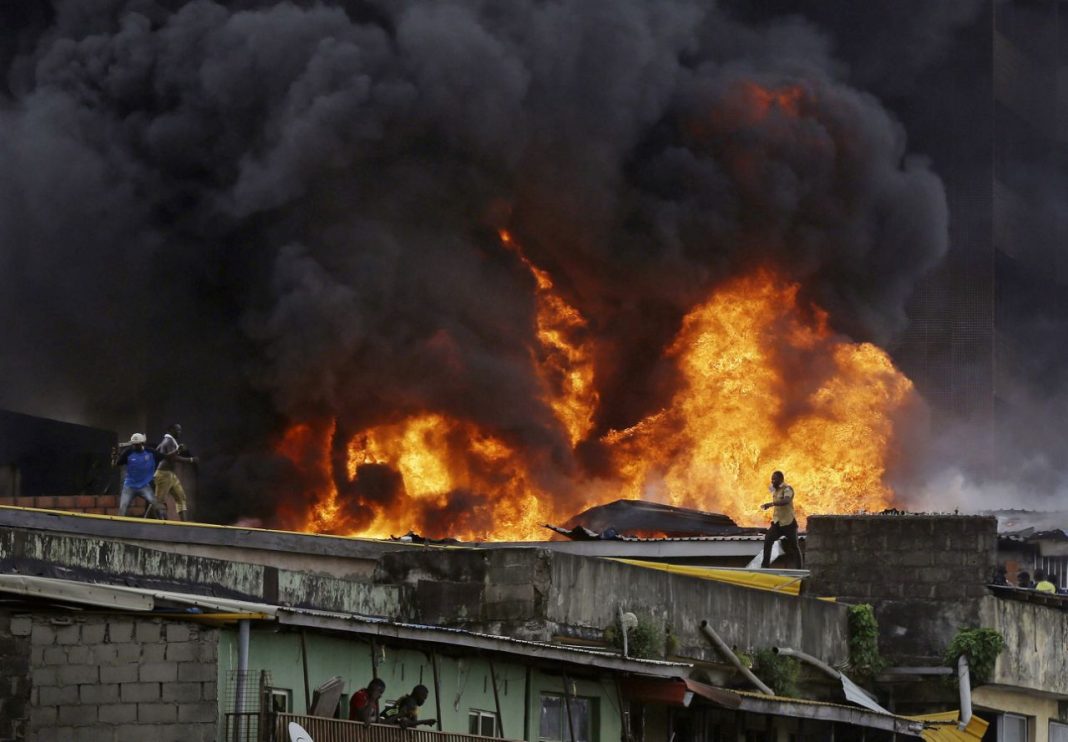 Owode, the traditional and most popular market in Offa, Kwara State, has been gutted by fire.

According to eye witnesses in Offa, who interacted with this reporter, goods and other properties worth millions of naira were lost in the inferno.

First to make an official statement on the inferno was the leadership of Offa Descendants’ Union, ODU, an umbrella body of socio-cultural organizations in the ancient town.

Expressing sadness about the inferno, said to have taken place in the early hours of Tuesday, ODU, through its National Public Relations Officer, Maruf Ajenifuja, in a statement said, “The extent of the inferno, which allegedly occured at a location close to Alhaji Sanni Abba House, is yet to be ascertained.

“ODU has deployed relevant officials to the scene of the fire outbreak for more details.
“We have sent emissaries to the Kwara State government in the past for a new Fire Service Truck and the upgrade of the Fire Service Station in Offa for efficient fire service delivery in order to safeguard lives and properties of our people, but we are still awaiting the positive response from the state government.”

Ajenifuja added that it is the sincere hope of ODU “that our amiable governor will accede to our humble requests soonest in order to ameliorate this type of unfortunate fire incident in the future.”

He added, “Our fervent prayer is that Almighty God will give all the market men and women that lost valuable goods in this unfortunate fire incident the fortitude to bear the loss.”