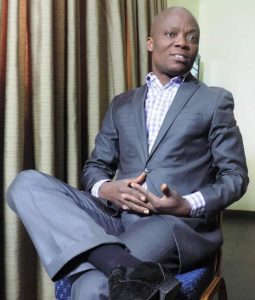 The Director General of Ekiti State Art and Culture, Hon. Wale Ojo-Lanre, has been hospitalized after he was allegedly brutalized by some overzealous members of the Special Anti-Robbery Squad, SARS, in Ado Ekiti, the Ekiti State capital.

According to the two-term chairman of Oyo State council of the Nigerian Union of Journalists, NUJ, who narrated his experience to newsmen through telephone, the assault occurred on Thursday evening, while he was on his way home from the office.

Ojo-Lanre said, ”I was on my way home when I saw some officers on the road, one of them who was in the front row checked me and ask me to go but as I was about moving, another officer flagged me down.

“As I was about to park properly, the officer just hit me with a heavy object and I passeed out.

“It took the intervention of my Personal Assistant and other sympathizers to restore me and thereafter I was taken to the nearest hospital.

“Though I was discharged last night (Friday), in Ado Ekiti, with the hope that I will be better, reverse was the case as I woke up the next day with a terrific chest pain; I had to travel to Ibadan, Oyo State to see my personal doctor.

The governor’s aide described the incident as unfortunate, saying that the officer could have ended up killing him, but for God.

He therefore called on police authorities in the state to act fast and ensure that the officers are brought to book.

Meanwhile, a cross section of Ekiti people has not only condemned the action of the officers, but also urged the police authority to punish them, to serve as deterrent to other overzealous officers and men of the police.

They said that the incessant attacks by men of the SARS on innocent citizens is becoming unbearable.

All attempts to reach out to police authorities were not successful as the Commissioner of Police, Amber Asuquo, was said to be out of town, while the telephone lines of the state Police Public Relations Officer, PPRO, could not be reached as at the time of this report.