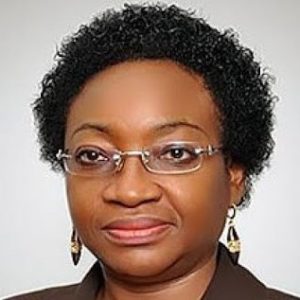 The Economic and Financial Crimes Commission, EFCC, on Monday arraigned the immediate past Head of the Civil Service of the Federation, HoS, Winnifred Oyo-Ita, before a Federal High Court in Abuja over alleged N3 billion fraud.

The EFCC had reportedly arrested Oyo-Ita, who last September had her initial sack converted to retirement by the President Muhammadu Buhari administration, on Sunday, after N600m was allegedly found in the bank account of one of her aides. She was arraigned with two of her aides, Garba Umar and Ubong Effiok.

However, a temporary reprieve came for Oyo-Ita, and the two other accused persons, as they were released on bail. Oyo-Ita was granted N100 million bail with two sureties in like sum.

The two other defendants, Umar and Effiok, were granted N50 million bail each and two sureties in like sum.

The EFCC had slammed an 18-count charge bordering on fraud, failure to fully disclose assets and money laundering on the three and six companies.

Pleading not guilty, the accused persons were granted by by the presiding judge, Justice Taiwo Taiwo, following an oral application for bail by their counsel.