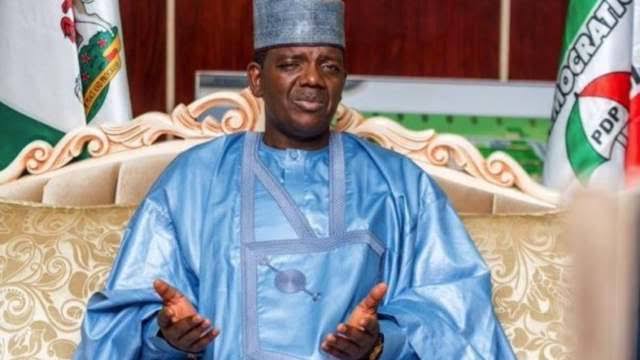 There are fresh indications that the plot by Zamfara State Governor Bello Matawalle to dump the Peoples Democratic Party, PDP, for the All Progressives Congress, APC, has reached advanced stage.

Recall that the ruling APC had on Thursday extended its membership registration and revalidation exercise for another two weeks.

Talks about the planned defection of Matawalle, following the judgment of the Supreme Court on the crisis that trailed the primaries of the APC in Zamfara, have been making the rounds.

A source who pleased anonymity revealed that one of the factors delaying the defection of the governor was the crisis rocking the APC in the North-West state.

Recall that factions loyal to former Governor Abdulaziz Yari and Senator Kabir Garba Marafa were reconciled in February this year.

A source close to the chairman of the National Caretaker Committee of the APC, Mai Mala Buni, confirmed the defection moves.

He said, “The talks on Matawalle’s defection have gone far, but wait for him to formally announce it.”

Another source disclosed that Abdulaziz Yari and other chieftains of the party in Zamfara State have been notified.

The source added, “We were told that he will join our party this month. They also told us that the defection is sanctioned by the presidency. Nocturnal meetings to finalise the arrangement are being held.”

Ahead of the defection, the governor was said to have met his top aides and officials of his administration in Zamfara State.

But reacting to the defection rumours, the Publicity Secretary of the PDP in the state, Alhaji Farouk Ahmad, dismissed the reports linking Matawalle with a defection to the APC.

Ahmad said, “We are just hearing it from the grapevine as you do, but I can tell you that the PDP as a party is not informed about the decision, so I can’t confirm anything to you.”
This is just as the vice chairman of the APC in the state, Alhaji Sani Gwamna Mayanchi, said that the party is yet to be officially contacted and as such the APC has nothing to say about it.