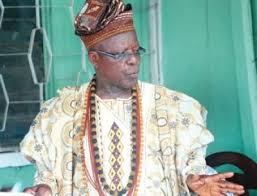 The inauguration ceremony was presided over by the interim chairman of the council, Elder (Dr.) Taye Ayorinde, who said it came up to build on the foundation laid on Saturday, 14 November, when the organization was officially unveiled.

Ayorinde revealed that an evidence of the seriousness and focus of the organization is the supersonic speed that it has been operating, stating that the organization is in a moment of emergency, thus its approach must be radical in nature as there is no room for delay or procrastination.

Charging members of the Council to move at what he called high pace set for the activities of the organization, he maintained that the mission is to work or do the job to rescue the people without any room for personal aggrandizement or playing to the gallery.

He said, “On the basis of this, I challenge you all to prove yourselves as outstanding patriots and good ambassadors of this organization and let your performances prove to the world that this is practically the best and most unique experiment in the Yoruba emancipation project.”

Ayorinde, who is the Baale of Ekotedo, further disclosed that every member of the Governing Council, including himself, is on probation, noting that positions can be only be confirmed as being substantive only if they work hard and intelligently enough to the expectations of the people.

He added that the reality on ground is that the assignment could be astounding, time-consuming, energy-sapping and financially involved, stating that it is natural that a new experiment like that of the organization does not initially flow with fund.

He said, “This means all of us have to prove our degree of patriotism by the measure of sacrifice we make, pending the entries of funds. It is the degree of selfless sacrifice one makes that builds up to what we call heroism.”

We Are In Bondage Under Ilorin Emirate -Moro LG Obas, People