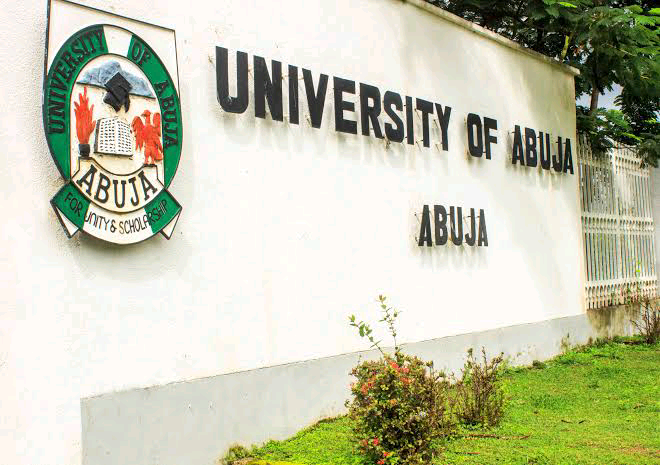 The Joint Admissions and Matriculation Board, JAMB, has accused the management of the University of Abuja, UNIABUJA, and some unamed institutions of admitting students illegally in the ongoing 2020/2021 admission processes.

Making the allegations in a statement signed and made available to newsmen by its Head, Public Affairs and Protocol unit, Fabian Benjamin, JAMB declared that the admissions conducted by the institutions so far during the affected calendar year is null and void.

The statement claimed that UNIABUJA, among other unnamed institutions, is reportedly issuing admission letters to candidates without recourse to JAMB.

Recall that JAMB is the body statutorily empowered to issue admission letters to successful candidates of universities, polytechnics, colleges of education and monotechnics in Nigeria.
JAMB also accused the affected institutions of requesting for acceptance fees from the candidates, insisting that only admissions offered to candidates through its Central Admissions Processing System, CAPS, introduced few years ago, are authentic.

Efforts to get the reaction of UNIABUJA proved abortive, was at the time of filing this report, as calls to the mobile telephone lines of both the university’s vice-chancellor and the director of press, Abdul-Rasheed Na’Allah, and Habib Yakoob, respectively, were not answered. Also, messages sent and delivered to their mobile lines and WhatsApps were not replied.

The statement, titled; ‘Caveat Emptor: Illegal Admissions by Some Institutions,’ stated, “The attention of the Board has been drawn to the illegitimate admissions, purportedly being conducted by some universities, including the University of Abuja. These universities have been reported to be issuing admission letters to candidates without recourse to the Board.

“Consequently, such admissions are illegal, unacceptable and offensive to extant rules and regulations guiding admissions to tertiary institutions in Nigeria as approved by the Federal Ministry of Education and provided on CAPS.

“It would be recalled that the Board instituted CAPS in 2017 as an automated platform, designed to ensure that admissions are transparently done to protect the interest of all Nigerians desirous of tertiary education.

“The JAMB, therefore, advises all candidates not to accept any admissions that are not provisioned on CAPS. By implication, any candidate who has not accepted and printed his/her admissions letter on CAPS should not pay any acceptance fee as any admission done outside CAPS is an illegitimate admission that would not be sanctioned by the Board.

“It should be noted that admission guidelines stipulate that institutions recommend qualified candidates through CAPS in accordance with laid-down criteria to the Board for approval. As such, any such admission not approved by the Board is an exercise in futility.

“Candidates are advised, in their own interest, not to accept such admissions done outside the purview of JAMB, nor pay any acceptance fee as such admissions will never be allowed to stand.”