National Compass NG
Home Tribute Yinka Odumakin: An Ode To The Fallen One 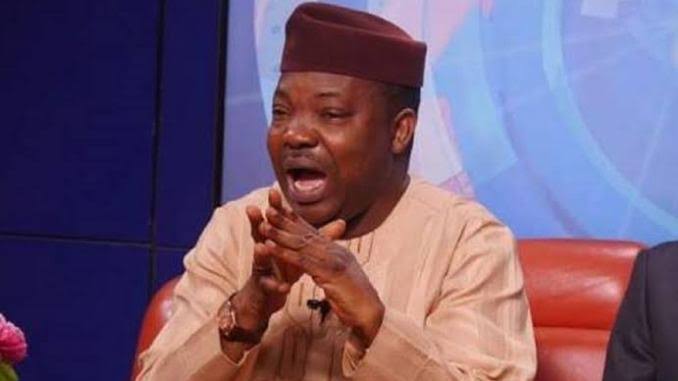 I saw him some months ago when he came to our office at Lugard, purposefully about the condition of the national union. It was always about the state of the union. Never about himself. Never about personal gains or some mercantile interest.

Odumakin was woven in a certain restlessness of spirit and soul, directed about the healing and the rectifying of the festering wrongs in a skewed, anomalous entity pretending nationhood.

Yinka wore a garb of taciturnity, demure, sobered, calm, unruffled, resolved in some unyielding moral compass that none can conquer.

But look closer. Draw within. And the wise and the contemplative will discover a warrior without a quarrelsome armor; a soldier of the good cause, who is unknown to the crude feistiness of the primitives, but accustomed to wielding the proverbial big stick while he is actuated in velvety articulations.

Yinka was never afraid of the good fight. He fought with candor, with truth as his carapace, with sincerity as his public face.

There was a certain affability about this patriot, which graduated beyond ethnic confines, which straddled the accommodating totality of the Nigerian Union.

Alas, Yinka lacked the restrictive flag of an ethnic identification. His Purpose and his Will were all about the unifying equity for everyone, regardless of ethnic provenance.

He was unknown to sectarian bias or the dark withdrawal to the tribal laager.

He was a born rebel with a cause. He would defend his own with accentuated logic and observable rationality. And he would grapple with any foe with determined zeal and with uncompromising energy that none can fault. Fearlessness was his name!

He was an agitator with redeeming meaningfulness. He stood on the side of what is right and what is just. And he could stand alone in righteous triumphalism.

Yinka was unafraid to challenge the evil of the hour. He collided against the instruments of terror with an unusual abiding faith; unbroken, unbowed, strung together in some mystifying spiritual aura that gave him fillip and insuperable eminence.

While his words were soft, calm and unabrasive, his pen was sharper, lucid, firm, strong, relentless against the tools of hate and animadversion.

He was one who stood at the barricades with unfailing dedication, with unwavering vision, with uncommon enthusiasm of a true believer, who was always happy in the tumult and the darkling grapple against the forces of evil.

He remains deathless, even eternal, infinite in the pantheon of those who held their rudder true, while little depraved actors sold their heritage merely to serve the hour. He will sleep well with the eternal giants of the good cause.