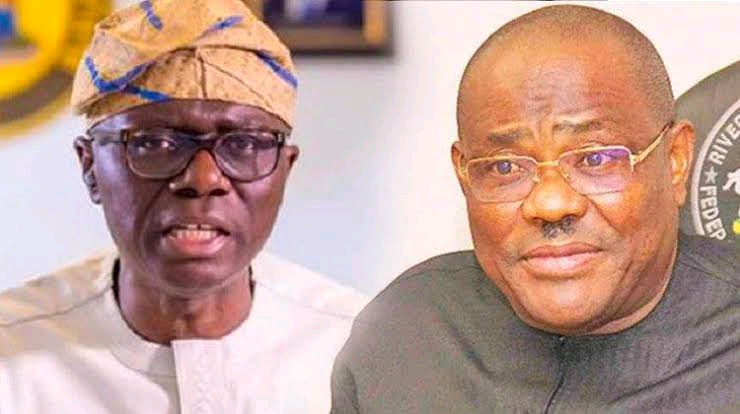 The Lagos State chapter of the Peoples Democratic Party, PDP, has condemned the endorsement of the incumbent governor of the Centre of Excellence, Babajide Olusola Sanwo-Olu, for a second term by his Rivers State counterpart, Nyesom Wike.

Wike had endorsed Sanwo-Olu while speaking at the 22nd conference of thc Committee of Wives of Lagos State Officials, COWSLO, held in the state on Tuesday.

Wike, a PDP member, while speaking at the event, said that he decided to grace the occasion despite Sanwo-Olu belonging to the All Progressives Congress, APC.

In a terse statement issued by Sanwo-Olu’s Chief Press Secretary, CPS, Gboyega Akosile, Wike was quoted as endorsing the Lagos State governor for a second term in office.

But in it’s reaction, the Lagos State PDP Chairman, Philip Aivoji, said that the Rivers State governor’s action was condemnable.

Aivoji said, “Such action is condemnable. It is not a welcomed development at all; and it is not expected of a governor of that stature, a serving governor under the PDP. No matter the quarrel, whether you want Ayu to be removed, I don’t think that is the best way to handle it. As for me and all the leaders in Lagos State, we query such utterances. It is uncalled for and unnecessary. When you are in PDP, you stand by the party.”

FUOYE Dissociates Self From Admission Fraud On SM