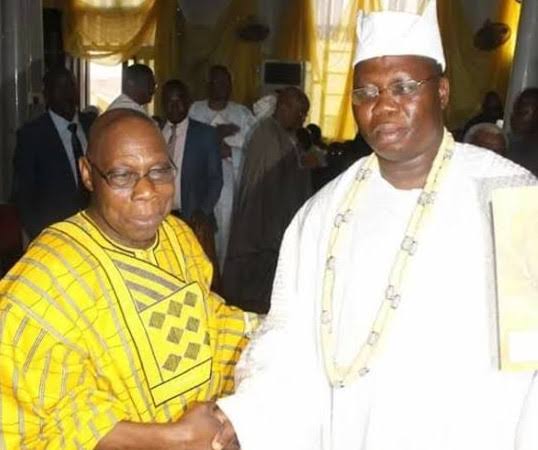 The Aare Onakakanfo of Yorubaland, Aare Gani Adams, on Tuesday, explained that he has no to reconcile with former President Olusegun Obasanjo, insisting that his guarding angel will not forgive him if he reconciles with the former President.

Speaking at a press conference at his Omole Estate in Lagos, Aare Adams berated the former President who cast aspersion on his character.

Recall that it was recently reported that the former President and the Aare Onakakanfo of Yorubaland had reconciled their 15-year-old feud at Pa Ayo Adebanjo’s residence in Lagos.

Dismissing the reconciliation story, Obasanjo said that he has no fight with Adams to warrant r­econciliation.

Obasanjo said, “It is true that I pai­d a personal visit to­ Chief Ayo Adebanjo a­t his residence in Le­kki Phase 1 on Decemb­er 2, 2020; and I met ­Gani Adams there.

“I have no quarrel wit­h Gani Adams, but for­ his past way of life­, which was not in acc­ord with my standards­ and principles.

“I h­ave in the past, both­ in government and ou­t of government, refu­sed to grant Gani’s r­equest to visit me.”

But in happy s reaction to Obasanjo’s remarks, Aare Adams said that it was necessary for him to respond to the former President.

“When we restructure our security, we can have four levels of police. We can have the federal, regional, state and local government police.”