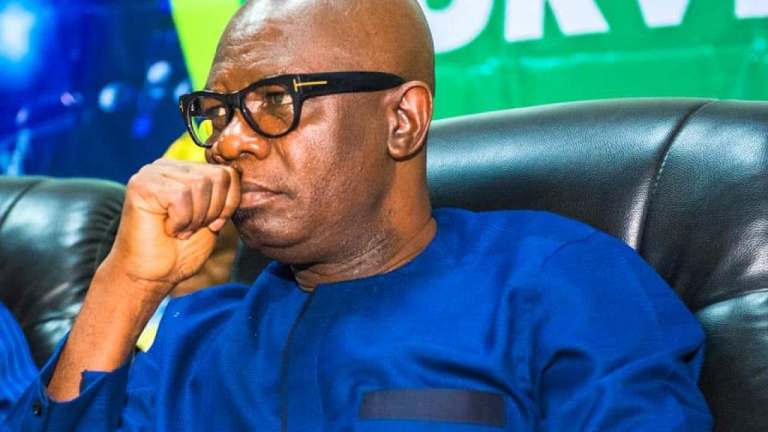 The Ondo State Deputy Governor, Mr Agboola Ajayi, has explained the rationale behind his joining the Zenith Labour Party, ZLP, saying that it was to give hope to the masses of the state ahead of the October 10 gubernatorial election.

Ajayi disclosed this while speaking in Akure, the Ondo State capital, while being welcomed officially into the ZLP, by the state chairman of the party, Mr Joseph Akinlaja.

Ajayi had earlier defected from the All Progressives Congress, APC, to the Peoples Democratic Party. PDP, where he lost the party’s ticket to the party’s flag-bearer, Mr Eyitayo Jegede.

He later moved to the ZLP to realise his gubernatorial ambition; and was just only on Friday welcomed to the party officially, hoping to become the party’s flag-bearer in the October 10 governorship election.

He said, “I do not depend on anybody. We depend on God; I will not shame you. We own this state together, I have come to join ZLP to give hope to the hopeless, to change the narrative and I have come with all my supporters.”

Insisting that plans to rig the October 10 governorship election in the state would fail woefully, Ajayi urged his supporters to defend their votes on election day.

The deputy governor said he was humbled by the call to service by the people of the state and critical stakeholders to rescue the ship of the state from sinking further under Governor Oluwarotimi Akeredolu.

ZLP chairman, Akinlaja, while welcoming Ajayi to the party, urged the Independent National Electoral Commission to be fair in the conduct of the forthcoming gubernatorial election to avoid induced violence.

He also appealed to the youth not to allow themselves to be used as thugs, urging politicians to moderate their activities not to encourage violence in any form, saying, “Lives of our people matter.”