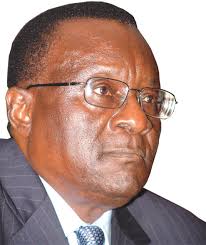 …As 4 Bags Awards At Posthumous Ceremony

A renowned Justice of the Appeal Court, Honourable Justice Olubunmi Oyewole, has unveiled reasons why the late gadfly and Senior Advocate of Nigeria, SAN, Chief Gani Fawehimi, deserves to be recognised, appreciated and emulated even in death.

This is just as Justice Oyewole averred that such honour should however, go beyond the usual symbolic recognition accorded political and business elites.

Speaking at made the third annual Gani Fawehinmi Impact and Integrity Awards, organized by the Human and Environmental Development Agenda, HEDA Resource Centre, in Lagos, where four personalities across the country won several categories of awards, Justice Oyewole, in his paper, ‘Recognition and Celebration of Exemplary Performance for the Promotion of Integrity, Transparency and Accountability in Service Delivery,’ asserted that “part of the challenge in public service is demonstrating through the deeds that we are who we are and that the spiritual disposition must be demonstrated in the occupational activities as the two must not be separated under any guise.”

The eminent jurist declared that courage is essential to integrity and uprightness in public service, admitting challenges and temptations would regularly rear their ugly heads to seek to make or mar, just as circumstances would also arise to bring up dilemmas capable of threatening the very foundation of conviction.

Oyewole, who supports erection of monuments as a form of appreciation for the worthy service rendered by the various individuals in the society, commended the Lagos State government in this regard with the few notable monuments dotting various parts of the state.

Known for several landmark judgements as a judge, the highly respected Justice, said, “It may be pointed out however that while monuments and memorials on our streets and major spots do create a sense of history and gratitude. A proper citation of the celebrated individuals including details of the service in recognition of which the monument was raised is vital. Naming without citations is not enough.”

Seizing the opportunity of the occasion to point out that one does not need to be a political office holder to serve humanity, Justice Oyewole reminded that Fawehinmi was not in government when he was rendering genuine services to humanity, irrespective of where anybody belongs to.

He, therefore, commended the organizers of the event for deeming it proper to institute a posthumous award ceremony in honour of the late Gani Fawehinmi, in recognition of his indiscriminate services to humanity while alive.

HEDA Chairman, Olanrewaju Suraju, in his welcome address on the occasion, disclosed that “the goal of the award is to encourage Nigerians to strive for integrity and patriotic commitment to honesty, justice, truth and fairness in the quest to stamp out corruption in both private and public spheres.”

The Outstanding Integrity award went to Alhaji Ibrahim Dan’Azumi, Chairman, Governing Board of the Federal Institute of Industrial Research Oshodi, FIIRO; the Outstanding Impact Award was won by Nurudeen Yusuf Temitola, and the Whistle Blower Award was won by Abdullahi Sambo, while the Nigerians in Diaspora Integrity award went to the former Nigerian Ambassador to Canada, Professor Iyorwuese Hagher, who is currently the Pro-Chancellor, Afe Babalola University, Ekiti State.