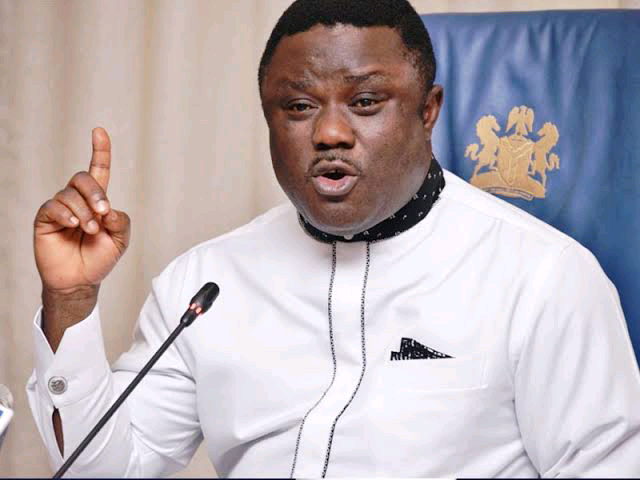 The Cross River State government yesterday vowed not to cede an inch of its cocoa estates to any unpatriotic government official, with plans to cede plot 7A77 to their cronies without consent of the state government.

This position was revealed by the Special Adviser to Cross River State Governor Ben Ayade on Cocoa Plantation, Ntufam Dr. Oscar Ofuka, while receiving a petition read by chairman of Abonita community, Pastor Duke Njor, who led the youths and traditional rulers of the community to deliver the threat letter to Ayade’s Special Adviser.

Expressing dismay over the attitude of his colleagues, Ofuka said that ceding of land would not hold water, as it was done in a moment when the state is still battling with the pain associated with the ceding of Bakassi to neighboring Cameroon.

Ofuka stressed that it is unfortunate that people who are supposed to encourage the state government to do more for her people, given the dwindling financial fortunes faced by the state, stressing that he is shocked that the very people, who were supposed to work towards assisting the state recover from the huge loss suffered by the state as a result of loss of Bakassi and 76 oil wells to Cross River neighbors were the very people trying to sabotage the economy of the state.

Ofuka said, “This is totally unacceptable; this can’t happen when I am part of government. From the time I had appointment to work with the digital governor of Cross River State, I made a vow that I must put in my very best, so that my name can be written in the sand of time.

“I want to emphasize here that the government of Cross River State is not ready to cede an inch of her land to unpatriotic individuals.

“Unfortunately, certain unpatriotic government officials and their cronies are thinking of how to drag the state anticlockwise.

“If there is any legacy I wish to leave behind when I leave office is to ensure that no portion of government land is ceded to any individual.

“If I do that, what is going to happen to the fate of our children?”

In his remarks, the chairman, Abonita Group of Communities (Cocoa Estate landlords communities), Pastor Njor, who spoke on behalf of elders and youths of the delegation called on the Ayade administration to wade into the matter and ensure that those behind the atrocity be fish out and brought to book, irrespective of the position that they hold in government.

He said, “We will not allow 40 hectares of land to be ceded to​ anyone; we call on Governor Ayade to visit plot 7A77 and ensure that it is recovered to the state government, otherwise we would be left with no option than to retrieve our land back to the community.”

Wondering what would prompt​ an individual to cede 40 hectares out of the over 3,000 hectares Abonita​ community donated to the state government to cultivate cocoa 50 years ago, Pastor Njor called on Governor Ayade to be proactive, rise up to the occasion to stop these land grabbers.