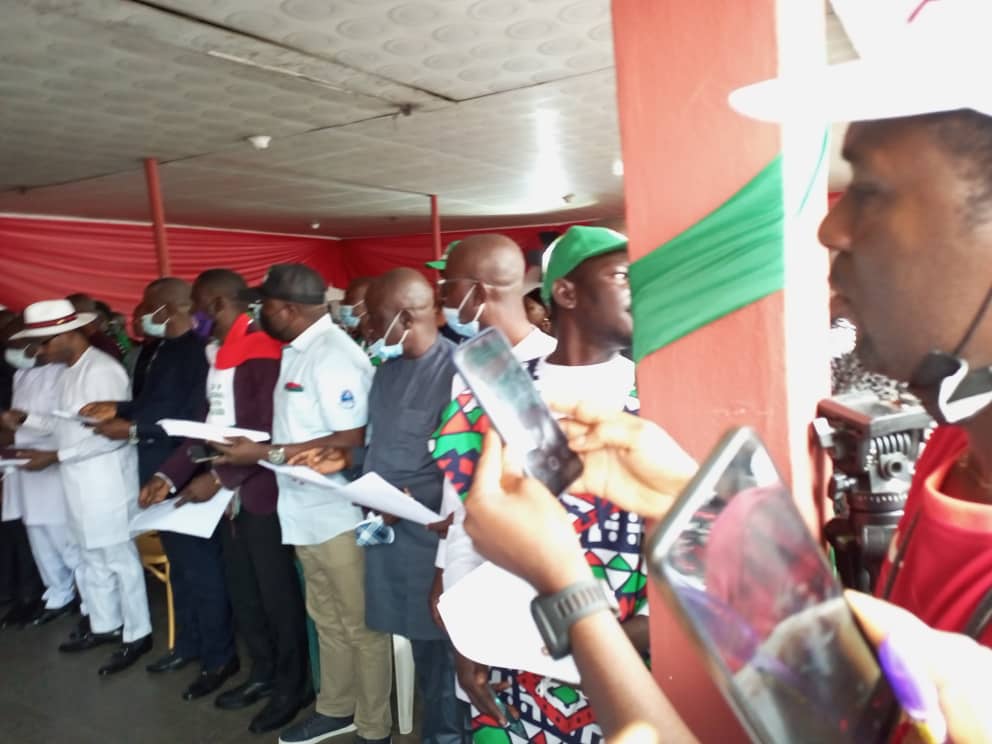 The plan by the Cross River State Governor Ben Ayade to privatize 46 state-owned industries is likely going to hit a brick wall as the state chapter of the Peoples Democratic Party, PDP, has vowed to mobilize against the sale of the industries.

The newly inaugurated state PDP chairman Barr. Venatius Ikem, made the vow while speaking yesterday in Calabar, during the inauguration of the the state executive council of the PDP, will manage affairs of the party.

On Tuesday the state government had set up a seven-man technical committee through the chairman of the state privatization council, Mr. Odo John, to facilitate the process of privatizing the 46 industries.

However, the Cross River State PDP chairman Barr. Ikem warned that Governor Ayade should be prepared to face a stiff opposition on that singular plan, stressing that the PDP would mobile Cross Riverians to ensure that the state government’s plan is opposed by the people.

Accusing Governor Ayade of looking for avenue to sell the industries to his cronies, Ikem said that it’s absurd for anyone to perpetrate what he described as deceit.

He said, “We are going to mobilise the people against the plan of Governor Ayade to privatise to himself all industries, even though none of them is working.”

“He used the resources of the state and deceived the people that he was building this and that, now that he has few months for him to leave, he wants to sell them to himself, we will not allow that.

“We are sounding a note of warning that we are watching him closely, and we will mobilize every resources at our disposal to stop any attempt to privatize any industry, working or not working.”

The newly inaugurated party chairman, who incidentally hails from the same Obudu Local Government Area of the state with Governor Ayade, promised that the PDP would not allow anything of such to happen.

In his earlier remarks, one time governor of Cross River State and member of the Board of Trustees, BoT of the PDP, Mr. Donald Duke, charged the inaugurated executive committee of the PDP to grow the party, stressing that the bye-election to fill the Ogoja/Yala Federal constituency would be the litmus test for the Ikem-led executive committee.