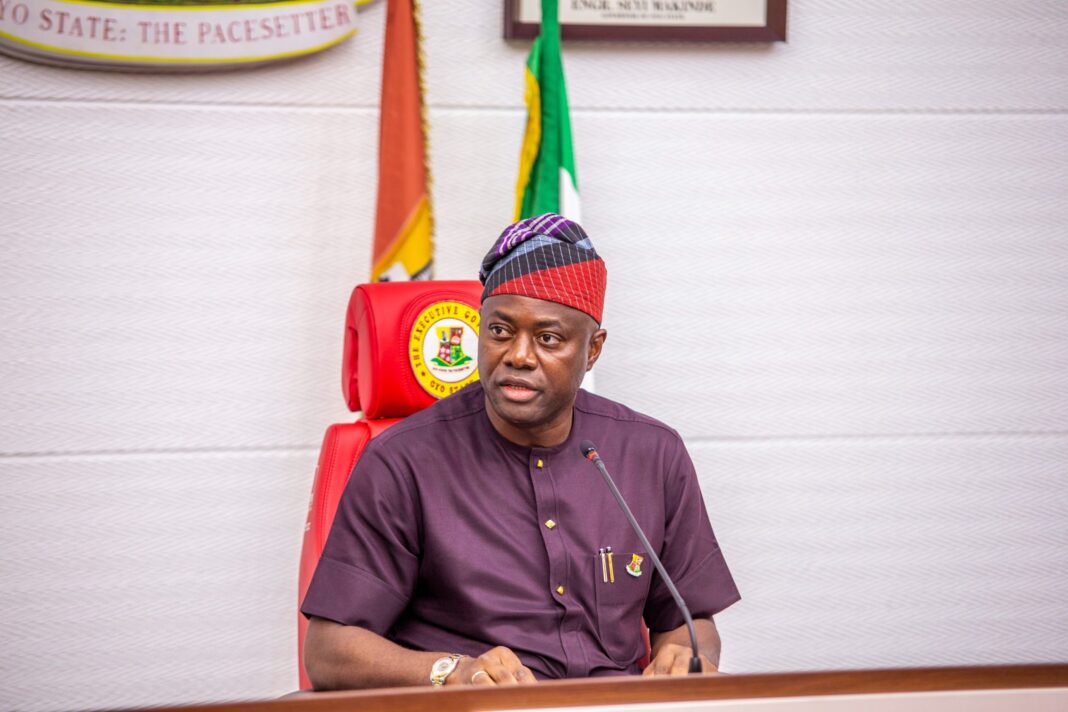 The governor of Oyo State, Engr Seyi Makinde, has said that his administration is designing a brand-new business district for Ibadan, as a way of expanding socio-economic activities within the city in particular and Oyo State in general.

Governor Makinde stated this when he received in audience a team of the Nigerian Institute of Architects, NIA, led by its President, Arc Sonny Echono, who paid him a courtesy visit in his office, at the Secretariat, Agodi, Ibadan

He said that his administration has been doing everything within its powers to keep the state safe and ensure that businesses thrive.

In a statement by the Chief Press Secretary to the governor, Mr. Taiwo Adisa,Ade available to the media, the governor was quoted as saying that he was happy the NIA chose to hold its meeting in Ibadan, adding that the decision was a demonstration of the confidence its members have in the state.

He said, “Yes, we do have security challenges across the country and Oyo State is having its own share of that, but we are doing everything within our power to ensure that we keep the state safe and secure and this is a good testimony that you can come here today.

“I hope you will be able to let others know, by words of mouth, that we are open for business in Oyo State and we are eager to host more of these types of meetings, conferences and interactions here.”

Makinde also stated that the state capital was lucky to inherit the good works done by the leaders of the Western Region, adding that much of the inherited designs are being implemented by his administration.

He added, “I always tell some of my colleagues that in Ibadan, the capital of the Western region, they have done most of the designs; the roads going here and there. If we need to build another road now, like what we are doing from Iseyin to Ogbomoso, we are not starting from scratch. We just go and pick the document, dust it up and ask people to go there. They will come back with a report to us and we move on.

“In Ibadan, any road we are building must have been anticipated before our own administration. So, we want to collaborate, but we want to have a consistent benchmark that can match what I will get from anywhere in the world.”

Explaining that his administration has been actualizing the dreams of making Oyo State truly a Pacesetter State, Makinde added that “the previous government basically claimed to be the architect of modern Oyo State. They kept saying it and I said, well, I am an engineer. What an architect does is to come out with the drawing, put it on the wall, but you need an engineer to actualise it. And today, we are actualizing most of the drawings we met on the wall.”

He therefore charged professionals to participate fully in politics so as to use their wealth of knowledge and experience to contribute positively to political development.

He insisted, “Yes, I am a supporter of professionals wanting to participate in the political process. Don’t look at politics as a dirty process and keep away as professionals. The truth is, if we leave it to non-professionals and people that are not educated, then, we should not complain if they misrule us.

“In Oyo State, we always say that most of our decisions are based on data, science and logic. We ask questions on what is the science behind a particular thing and also the logic, which I call common sense. So, I will always encourage professionals to join politics and also be in the position of authority.”

NIA President, Arc Echono, had earlier appreciated the Makinde-led administration in the state, saying that members of his institute are more comfortable in Oyo State.

Echono said, “We are pleased to know from the feedback we got from our members that Oyo State has a conducive environment. We also have a very rich reservoir of architects who are residing in Ibadan.

“Your Excellency, our agenda is simple as a conventional body with a strong corporate social responsibility. Most of what we asked for is not for personal and monetary gains, but the opportunity to be able to contribute to society.

“We believe you will continue to set the pace in Oyo State and make the people of the state proud.”