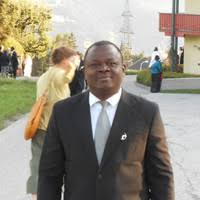 When told that I was to address the topic: “The Nigerian Media During COVID-19 And Insecurity,” I thought, what a salient topic at this time!

But I was confronted with the dilemma of which perspective to approach the subject, because of its vast nature.

Is it how the media have fared as business enterprises, or the distressing working conditions and welfare of practitioners, which had taken a plunge even ever before the coming of COVID-19 and the aggravation of insecurity in the country?

A situation in which many journalists have either lost their jobs or work without being paid salaries for months. Where media have been forced to adopt novel but exploitative business models to bridge the increasing gap between rising overhead costs and dwindling income from low sales returns, poor advert patronage and so on, sacking staff and retaining them on the same job as freelance without commensurate remuneration or security of job tenure whatsoever?

As a trade union, there is surely more than enough to occupy us in all these and related matters.

However, I believe that as a professional body, the organizers of this event may rather wish that we interrogate how we have fared in performing our roles and responsibility as an important institutional component of the social fabric during the challenging era.

I’m told I have just 30 minutes, so, kindly forgive me if I lean more on issues of practice instead of theories, which means this paper may be academically arid. But, I guess, you will understand because I am a practitioner of the profession, not a professor!

Again, I beg your indulgence to slightly amend the topic to read: “WANTED, NEWBORN NIGERIAN MEDIA: ETHICAL AND PROFESSIONAL QUESTIONS FROM COVID-19/SECURITY ISSUES COVERAGE.” I assure you, that in spite of it, we shall still be orbiting the centrality of the original topic.

The importance of communication media as an indispensable tool and pervasive driver of promoting security, stability, prosperity and progress of human societies has been underscored by people like former United States President, Thomas Jefferson, who believe the media is probably far more important or even indispensable than government. The American leader had declared in his famous quote that if he were to choose between a nation without government and one without a press, he would prefer a nation with a press.

The roles of the media have been summarised in the report of a Pan-African Committee on press freedom over two decades ago thus: “…to inform, to educate, to entertain and amuse, to examine fairly and critically and to make constructive contributions to thought and discussion on matters of public and to provide a forum for the airing of ideas and opinions, whatever their origin and however controversial.”

I won’t bore you by repeating the history about the coronavirus pandemic and the security siege ravaging the country as we all know these.

Our concern here, I suppose, is to find out how we, in the media have, with our enormous power and potential, brought about alleviating or worsening the country’s predicament and probably still help redeem it!

The fact is glaring, despite relative success, we are yet to escape the deadly COVID-19 trap, while Nigerians live in constant fear of bandits, kidnappers, insurgents, terrorists and criminals, who kill and dispossess innocent citizens of their belongings.

Herders-farmers and ethno-religious clashes have also deepened hate and raised tensions among the various ethnic groups, resulting lately in issuance of eviction notices and reprisals that have fuelled fear of imminent civil war!

How did we get to this sorry pass, distinguished ladies and gentlemen?

Dear colleagues, although individuals, government, policies and other social/strategic institutions may have contributed to the deterioration of the situation, in my humble view, the media must accept the lion share of culpability.

We must simply acknowledge that we have failed to harness the unique position, enormous powers, rights and privileges the constitution conferred on the media to alter the narrative for the better.

Forgive me, if l sound like critics, who make the press the whipping boy for Nigeria’s woes. But this is a family affair and we should tell ourselves some home truths.

Journalism or media practice is a noble and highly responsible profession, which calls for outstanding qualities of mind, intellect and character. It presupposes that the journalist must be knowledgeable, skilled, possess passion and be a patriotic citizen of his country.

Part of the duties of media organizations and operators are to contribute substantially to the process whereby social or national problems are defined by reporting of problematic social reality; including creating moral panic and issues; also in moulding public opinion, as well as setting agenda for the public, whereby journalistic news values act as a cue for the audience, alerting them to the importance of an issue and encouraging them also to place it on their personal agenda of important issues.

But Nigeria, like other societies, is a complex mix of divergent and often conflicting ideas and interests – the good, the bad, the ugly, sometimes working at cross purposes. Media operators are also part of this society and belong or share something in common with one or more of the interests and groupings.

The risk and danger are, therefore, there for media operators to pander to the interests to which they belong or share sympathy for to abuse their position and power.

But, given the onerous responsibility and unique position the media occupy in the society, it is imperative for them to be able to judge and do what is in the greater public interest and that would serve it at all times without fear or favour to anyone, group or interest.

The media must seek to protect the society from anything that could be injurious. That is why gate-keeping – the concept of selection, processing and control of information to be disseminated to the public out of a universe, is fundamental.

Journalists And The Ethical Question

To enable the media to fulfil their mandate, there is a set of professional parameters, as well as ethical principles and codes that govern their conduct and operation.

I have tried to summarise them as they apply to the print and broadcast media, as well as the online media.

Observe decorum, uphold integrity, and avoid passing opinion and information that is injurious to any person or the public – in form of plagiarism, slander, libel, propaganda or calumny.