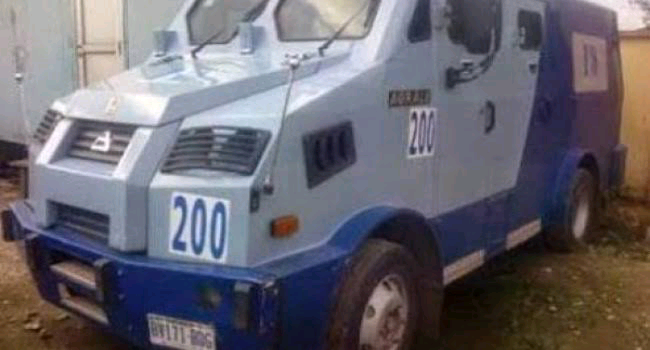 Two policemen, driving in a bullion van have died in a lone auto crash in Eiyenkorin, close to Ilorin Airport.

The bullion van, said to be returning to Ilorin from Ogbomoso, where it had gone to drop cash for a bank had the deceased policemen on the team of its escorts.

Sources said the mishap took place when one of the vehicle’s tyres burst on motion and it ran into a stationary truck, parked along the Eiyenkorin-Ilorin Airport express way, because the driver lost control of the van.

While it was confirmed that the two policemen died on the spot, others who sustained variing degrees of injuries were being treated in the hospital.

Bodies of the police escorts were said to have been deposited at the University of Ilorin Teaching Hospital, UITH, accordingly eye witness account.

He said, “The police officers were coming back from Ogbomoso where they had escorted bullion van. One of the tyres of the escort vehicle bursted and rammed into a trailer, parked along the road.

“Two police men died on the spot and some others were injured. They are being treated at the hospital.”