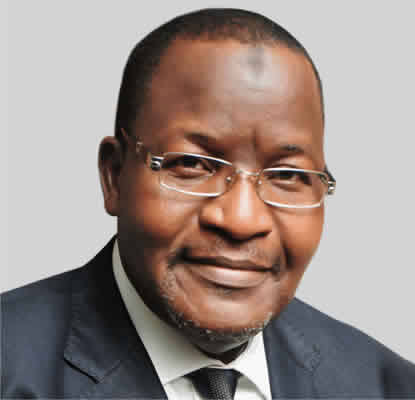 Nigeria’s third generation, 3G, and fourth generation, 4G, base transceiver stations, BTS, deployment in Nigeria has increased from 30,000 to 53,460; just as fibreoptic transmission cables expanded from 47,000 kilometre to 54,725 kilo metre in the last five years.

This growth has however, resulted in improved broadband and telecoms service delivery to Nigerians.

Executive Vice Chairman of the Nigerian Communication Commission NCcN, s Prof. Umar Dnabatta, reeled out these data as parts of industry growth data at a briefing for Festus Yusuf Daudu, the new Permanent Secretary of the Federal Ministry of Communications and Digital Economy, on the functions and regulatory activities of the commission in Abuja on Tuesday.

The EVC siad that the effective regulatory regime emplaced by the leadership of the commission has resulted in increased deployment of infrastructure by telecoms operators, which in turn, helped to improve broadband penetration and other related service delivery in the telecoms industry.

He siad, “The BTS, fibre optic cables and other related infrastructure are central to the provision of improved service experience for Nigerians by their respective telecoms service providers.”

Adding that the licensed Infrastructure Companies, InfraCos, are also expected to add 38,296 kilometre to optic fibre cables when they commence fully operations, the EVC, siad that as at November, 2020, active telephony subscribers stood at 208 million, with teledensity standing at 108.92 per cent, while active internet subscriptions were 154.9 million and a broadband penetration of 45.07 per cent, among others.

Talking on the various initiatives undertaken by the NCC to ensure consumer protection and empowerment, Dannbatta said These measures include: the declaration of 2017 as Year of the Telecom Consumer; the introduction of the 622 Toll Free Line for lodging and resolving consumer complaints; and the provision of the 112 Emergency number and activation of 19 Emergency Communications Centre, ECCs.

Other such consumer-centric regulatory measures intervention, according to the EVC, include, issuance of various directions to mobile network operators, MNOs, to protect the consumers from being short-changed, ensuring smooth transition of Etisalat to 9Mobile, consumer outreach programmes, introduction and enforcement of mobile number portability, MNP, as well as introduction of the Do-Not-Disturb, DND, 2442, to check cases of unsolicited text messages.

The EVC disclosed that the number of subscriptions to DND service has hit over 30 million, as the service empowers Nigerians to be able to protect themselves from the menace of unsolicited text messages.

In recognition of the tremendous economic growth opportunities afforded by the deployment of broadband and its associated technologies, Danbatta said the NCC has positioned itself in government’s drive for a digital Nigeria, as contained in the Nigerian National Broadband Plan (2020 – 2025), the National Digital Economy Policy and Strategy (2020 – 2030) and the Strategic Management Plan (2020 – 2024) of the Commission.

He added, “The Commission will continue to put in its best in the discharge of its mandates, especially in facilitating the deployment of broadband, which is central to diversifying the Nigerian economy and national development. Also, it is our belief that the communications industry, under the leadership of the Ministry of Communications and Digital Economy, will experience more quantum leaps and retain its current leadership role in the telecommunications space.”

Responding, Daudu commended the NCC leadership, acknowledging the upward growth attributed to the effective regulatory regime, the central role NCC is playing in the digital transformation of the Nigerian economy, as well as the impressive contribution of the sector to the country’s Gross Domestic, GDP.

He siad, “I want to thank NCC for its contribution to the Nigerian economy so far. I am not exaggerating about the achievements of NCC, in terms of contribution to GDP and how NCC’s effective regulatory role has been helping the economy in so many ways.”

Daudu added that the NCC leadership also contributed to his success as the Chairman of the World Radio Conference in 2015.

Urging the NCC on the need for increased collaboration and teamwork with the ministry, other agencies and industry stakeholders towards achieving the Federal Government’s objective of a digital economy, the Permanent Secretary also promised to support the Commission in whatever ways possible, towards achieving its regulatory mandates.