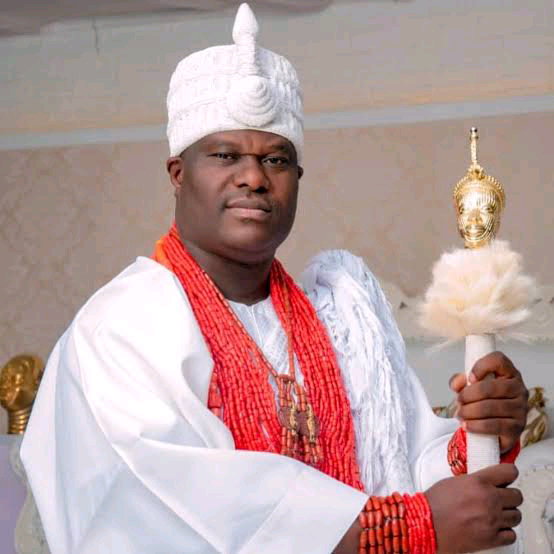 ‘Let’s talk about sex’ was a monster hit released in August 1991 by an all-female, Grammy award-winning American hip-hop group, Salt-N-Pepa.

Formed in New York City in 1985, Salt-N-Pepa, in their audacious song, which is a dialogue on the dangers of unprotected sex, advocates the need to tear open the mask of shyness society wears on sex.

The album was released in an era when people were shy to disclose their HIV/AIDS statuses, but basketball superstar, Magic Johnson, had just revealed his HIV status, providing the fire for the song to blaze atop billboard charts across the world.

Curiosity kills the cat, not the journalist. In this article, I hope curiosity won’t kill me, as I poke my nose into ancient palaces to dissect sex and sexuality, not among mortals, but among kings, queens and concubines cavorting in the vortex of conjugal pleasure.

Let’s talk about sex. Something doesn’t add up for the wisest of all kings, Solomon, the son of King David, to have only three children from 700 wives and 300 beddable concubines, at a period when man hadn’t discovered the wisdom of arresting semen in condom technology.

That was an age when David, Solomon’s father, sang in Psalm 128:3, “Your wife will give you many children, like a vine that produces much fruit. Your children will bring you much good, like olive branches that produce many olives.”

Did Solomon choose to have just three children? Why? Did he become impotent at some point? Was he using his phallic force mainly for pleasure and rarely for procreation? Is the Holy Bible silent over the actual number of Solomon’s children? Questions rhetoric.

Do you wonder why a man would marry 700 wives and have 300 concubines? I have an answer. The son, Solomon, fathered by a lecherous king, David, who slept with a woman, Bathsheba, whose husband, Uriah, he, David, killed, must have an extraordinary libidinal appetite.

The late King of Afrobeats, Fela Anikulapo-Kuti, whose hobby was sex, also had eight children from his first wives, and the 27 wives he married in 1978. Some birds surely know how to fly without perching.

I perch under the eaves of the castle of the Ooni of Ife, Oba Adeyeye Ogunwusi, having just arrived on a flight from the palace of the late Alaafin of Oyo, Oba Lamidi Adeyemi. I watch, I listen.

It’s six moons since Iku Baba Yeye transited to join his ancestors in the underworld. The sun is yet to dry the flood of mourning. The palace is still hollow. Oba Adeyemi’s beautiful queens can no longer get the royal heat that consummates coital pleasure. And the rains are here. So, what happens to the bereaved queens? Can they remarry?

I thought the Kabiyesi would stop at three because three is a powerful number in the metaphysical realm, symbolising trinity and the three divisions of the day. The elders also say the iron tripod doesn’t spill the soup, “Àrò mẹ́ta kìí da ọbẹ̀ nù.” But I wasn’t right.

Then a beautiful dark-skinned maiden strides in through the gates, the Kabiyesi beams, and signals her to a room nearby. And, in succession, two fair-skinned maidens sashay into the palace, with the king smiling and nodding them towards their respective rooms. I listen, I watch. I see many more empty rooms.

I don’t envy the six maidens in the harem of Oba Ogunwusi, because in a house where six women compete for the love of a man, five stars can collude to dim the brightness of the moon, ashes can be sweeter than salt, the ant can grow bigger than the elephant and rumours of slaps over parking lot dispute may soon wear the garb of reality with broken bottles designing maidens’ skins. So, I won’t congratulate them.

By the way, where’s the Ooni’s former queen from Benin, Edo State, Zainab Wuraola Otiti Obanor? I learnt the delectable Benin former queen has remarried and moved on with her life since divorcing the Ooni in August 2017.

Where’s former queen Silekunola Naomi from Akure, Ondo State? Almost one year after her celebrated divorce from Ogunwusi, Naomi has maintained a dignified low-profile, keeping her love life and social life out of scandal.

There are so many myths about kings and queens. One of such is that an oba’s wife can never remarry even if the oba is dead or divorced. What would happen to anyone who sleeps with an oba’s wife or former wife?

Ogunwusi, speaking through his media aide, Moses Olafare, said that a former queen could remarry once necessary traditional rites were done to free her from the marriage covenant entered into when she was being married.

The kabiyesi said, “No woman deserves to be subjected to perpetual bondage of marriage embargo, but traditional rites have to be done to avert possible ugly consequences.

“There are traditional rites of matrimonial covenant done for the queens being married and it’s only commonsensical to procedurally reverse the covenant in accordance with the spiritual traditions of such kingdoms.”

Olubadan of Ibadan, Oba Lekan Balogun, said that it was an abomination for anyone to take over the wife of a king, who is believed to be second-in-command to deities. Olubadan spoke through his media aide, Mr Oladele Ogunsola.

A contestant for the Alaafin of Oyo stool, retired Archbishop of Methodist Church of Nigeria, octogenarian Ayo Ladigbolu, said the wives of the late Alaafin could remarry, adding that age and self-respect could, however, prevent them from doing so.

Commenting on whether the Alaafin’s queens could remarry without undergoing cleansing rites, Ladigbolu, who is a cousin to the late Adeyemi, said, “It could be abominable in view of the mysteries surrounding royal weddings and its peculiarities, aura and taboos. The nature of their previous conjugation will determine the rituals involved in the cleansing rites.

On the consequences of Alaafin’s queens remarrying without undergoing certain rites, Ladigbolu said, “As in all obligatory situations, one can expect that if a royal spouse exposes her sacred embodiment to any other without due cleansing or ‘separation’, there may be unpleasant consequences, the nature of which cannot be enumerated.”

A prince and former governor of Osun State, retired Brigadier General Olagunsoye Oyinlola, however, said there was nothing wrong in an oba inheriting the harem of a departed oba.

He said, “My father inherited wives from his predecessor, and my mother was one of those inherited, that’s the custom. Nothing bad happened to my father.”

A first-class oba, the Eselu of Iselu land in Ogun State, Oba Akintunde Akinyemi, said that a queen that went through traditional rites when marrying a king can never remarry, adding that anyone that slept with such a woman would be ruined for life.

The Eselu said, “The wife could die after the demise of the oba. But, in a case where the woman didn’t do traditional rites, she’s free to go anywhere, she can even have extra marital affairs. The traditional rites involve taking blood samples.”

Another first-class ruler in Oyo State, the Onpetu of Ijeru land in Ogbomoso, Oba Sunday Oyediran, said that the wives of a departed monarch could choose to be inherited by the incoming oba or choose not to remarry, lamenting that modernisation had eroded Yoruba culture and tradition.

The Alawe of Ilawe Ekiti, Oba Adebanji Alabi, said that it was unorthodox for the wives of a late monarch to marry somebody else outside the palace.

The Aláwé said, “It’s generally assumed that wives of departed obas will be inherited by the reigning monarch. They may not have an amorous relationship, but it’s the responsibility of the monarchs to take care of them.”

•Odesola, a United States of America, USA-based journalist and public/political analyst, writes from the USA and can be reached via: Email: tundeodes2003@yahoo.com; Facebook: @tunde odesola and Twitter: @tunde_odesola

No, I Won’t Inherit Anybody’s Enemy