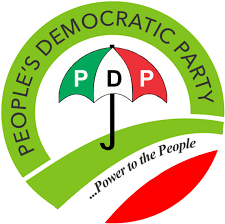 The zonal caretaker committee of the Peoples Democratic Party, PDP, in the South West geo political zone has suspended its chairman, Dayo Ogungbenro, for negligence of duty.

The committee accused him of failure to call any meeting since he was appointed, as seven out of the 12-member caretaker committee, also called on the National Working Committee, NWC, of the party to appoint another chairman, who will be alive to his duties, to pilot the affairs of the party in the zone pending the conduct of the zonal congress.

The seven members, made up of the Zonal Secretary, Hon. Daisi Akintan, Mrs Funmilayo Ogun, Hon. Ayobola Fadeyi- Awolowo, Prince Nekan Olateru-Olagbegi, Hon Wahab Owokoniran, Alhaji Mustapha Sikiru and Hon. Martins Olu- Abiloye, rising from a meeting held in Ibadan, the Oyo State capital, insisted that on no account would they sit in any meeting with the suspended chairman.

They said: “The Chairman, Dayo Ogungbenro, had abdicated his responsibilities. He has not called any meeting since the Caretaker Committee was appointed, thus making the party to lack direction.

“Even when we had elections in Ondo and Lagos states, the Chairman did not call any meeting to plan for the elections, hence the abysmal performance of the party.”

Meanwhile, in its bid to reposition the party and have visible presence in the media and effective publicity, the meeting appointed Mr. Lere Olayinka as spokesperson for the PDP in the South West zone.

They said that the party, being in the opposition in the zone, needs a vibrant media, hence Olayinka fits the bill.

The meeting also dissociate itself from the reconciliation embarked upon by former governor of Osun State, Prince Olagunsoye Oyinlola, saying that no such reconciliation committee was known to the party.

They said, “To the best of our knowledge, Prince Oyinlola only accepted to run political errand for Governor Seyi Makinde, being a contractor in Oyo State. His so-called reconciliation committee is not only self-serving, but represents personal interest and dead on arrival.

“As far as we are concerned, the former governor, being a decampee from the All Progressives Congress, APC, is on his own, because no one can be a judge in his own case.”

While calling on PDP members in the zone to shun any meeting called by Prince Oyinlola, the meeting cautioned him to be mindful of bringing APC divide and rule culture to the PDP; insisting that the committee set up for the purpose of reconciliation and settlement of all other sundry issues in the party in the zone is led by Engr Femi Babalola, with Chief Kolapo Ogunjobi, Barrister Ahmed Okandeji Mustapha, Chief Idowu Odeyemi and Chief Tunde Akindehin as members, while the Deputy National Publicity Secretary of the party, Prince Diran Odeyemi, is the Secretary.

The zone mandated the Babalola-led reconciliation committee to collaborate with the National Reconciliation Committee set up by the PDP NWC.

Meanwhile, the caretaker committee condemned strongly, the killing of a chieftain of the PDP, Dr. Fatai Aborode in Oyo State and called for full investigation and ensuring that the perpetrators are fished out to face the full wrath of the law.