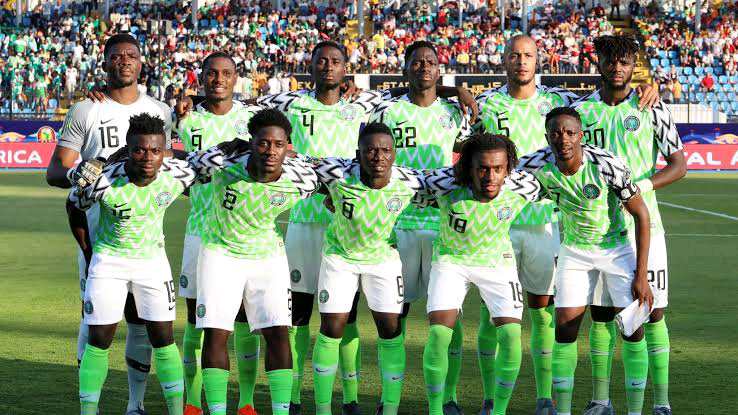 Super Eagles of Nigeria have qualified for the 2022 Africa Cup of Nations, AFCON, even before the kick off of their game against Benin Republic in Porto Novo.

The Eagels’ qualification came as a result of a goalless draw in the match between Lesotho and Sierra Leone in the early kick-off in the other Group L match.

The outcome of the Lesotho-Sierra Lleone clash means Lesotho is knocked of out contention for the biennial fiesta, coming up early next year in Cameroun.

The Leone Stars now have four points after four matches, while their hosts have three, with one round of fixtures left.

Nigeria take on the Squirrels of Benin Republic by 5pm West African Time.

The three-time African champions are now fighting to finish top of the group.

COVID-19: Outrage In Jalingo As Ishaku Attends Gathering Of Over 1000 Persons