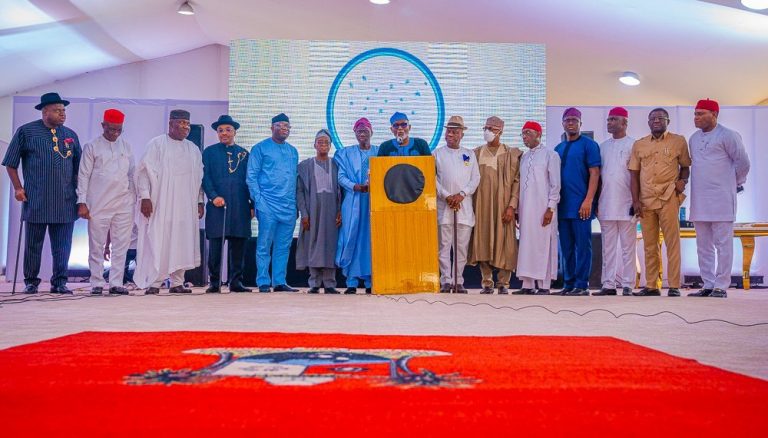 The governors of the 17 Southern states rose from a meeting in Enugu State on Thursday with a decision to back the collection of Value Added Tax, VAT, by states; reiterating their earlier position that the next President of the country should come from the South, among other decisions.

They took the stand in Enugu, after previous meetings in Asaba, Delta State, and Lagos, where they dwelt on national issues, release of Nnamdi Kanu, ban on open grazing and the Southern presidency slot.

The 17 governors, at the meeting, held in the Government House, Enugu, on Thursday, reviewed the state of the nation and the progress of the implementation of the decisions reached in her previous meetings and arrived at some decisions.

They also resolved to support the position that the collection of VAT falls within the powers of the states.

Also, the governors encouraged the full operationalisation of already agreed regional security outfits; which would meet, share intelligence and collaborate, to ensure the security and safety of the region.

They reaffirmed their earlier commitment to fiscal federalism as resolved at the inaugural meeting of the Forum, held on Tuesday, May 11 at Asaba, and emphasised the need for the Southern states to leverage the legislative competence of their respective states Houses of Assembly, as well as representation in the National Assembly to pursue inclusion in the Nigerian Constitution, through the ongoing constitutional amendment.