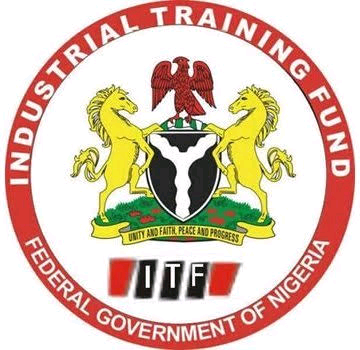 One hundred and five persons, trained in different skill by the Industrial Training Fund, ITF, on Wednesday in Calabar, Cross River State, received starter – packs from the ITF management to enable them begin their own small and medium scale enterprises, SMSEs.

Speaking at the closing ceremony of 2020 National Industrial Skills Development Programme, NISDP, which took place at the ITF office in Calabar, the Cross River State capital, the Director General/Chief Executive of the ITF, Sir Joseph Ari, charged the graduands of the programme to ensure that the skills acquired from the training are not allowed to waste, but be properly utilized.

Ari spoke on the topic: ‘The Year of Skills Escalation for Prosperity,’ and charged recipients of the starter-packs not to relent from imparting whatever skills acquired during the training to others, stressing that it is only when that is done that the fight against unemployment in Nigeria can be won.

He further stressed that the 105 persons, who received training from the ITF were trained in the area of cosmetology, ICT, tailoring and fashion design, which were chosen, after a careful study of the needs of the people with such skills .

He added that the trainees were limited in number sue to the ravaging COVID-19 pandemic and the need to ensure the safety of the participants by strictly adhering to COVID-19 safety procedures.

In his own speech, the Cross River State governor, Ben Ayade, represented by the Secretary to the State Government, SSG, Barr. Banku Tina Agbor, urged the benefiaries of the starter packs not to sell the packs to business men, but instead utilized the packs and see if they won’t become millionaires before the year runs out.

He said, “With the skills, you can’t go hungry. Once you have the requiste skiils, people would look for you, even when you live in a hole.

“Stop looking for jobs; there are no jobs to meet with the skills you have acquired from the ITF; you can still create one and some persons to work for you.”

In her remarks, one of the benefiaries of the programme, Miss Abigail Gregory, who expressed excitement over a sewing machine given to her by the ITF, said that with the starter pack, the sky is her limit, even as she urged other young girls to enroll in the programme whenever the programme kicks off for 2021.