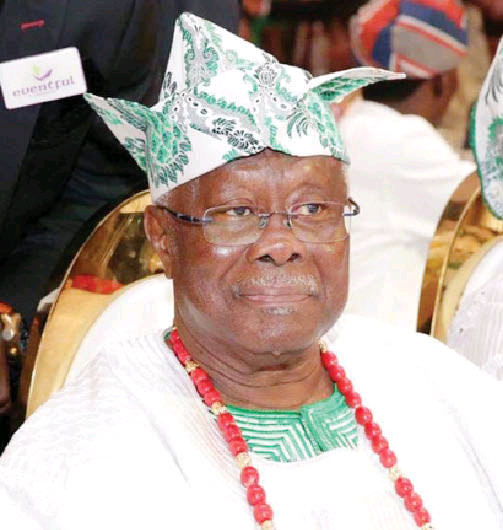 Former Deputy National Chairman of the Peoples Democratic Party, PDP, Chief Olabode George, has appealed to the party’s National Working Committee, NWC, to shift the venue of the party’s convention, fixed for Abuja on the 28th and 29th of this month to Lagos, because the date is so close to the date the opposition party, the All Progressives Congress, APC, will have its convention at the same venue, and there may be consequences.

Addressing journalists in Lagos, Chief George urged the NWC to consider the implication of the two major political parties having their convention at the same venue, moreso that the date of the conventions are so close.

George explained that since delegates would arrive the venue of the convention some days before the primaries, it is advisable the PDP change the venue of its convention, so that there won’t be friction.

The Atona Oodua of Yorubaland said that since the APC is the party in power, it may do everything to frustrate the PDP convention from holding, “so it is better, the party do not fall into trap of the APC.”

He suggested that the PDP can fix venue of its convention for the Tafawa Balewa Square, Lagos Island, which the Lagos State government has no control over, just as he added that there are five stars hotel in the state that delegates can lodge in.

He said, “I want to appeal publicly, because we want to impact on people, not party members, let us move the convention from Abuja to Lagos. Why should we coalesce with the same politcal party in power in Abuja. I am appealing, because the consequence of having our convention in that place will be consequential for them.

“The NWC should take a critical look at this suggestion, so that we don’t fall into a trap. I appeal to the NWC, so that they would not do what will be injurious to members of our party and the public. People are waiting for us.”

Speaking on the security situation in the country, he said that we need to be prayerful, because the news received daily is not heart warming.”

On the decision of the NWC of the party not to zone the post of the President, he said that it negates the principle of the party, adding that it is too late to tell any aspirant not to run, because money and time has been committed to the process.

Chief George noted that zoning of the Presidency should have been resolved six months ago, when zoning the position of the Chairman of the party was decided.

He therefore appealed to the delegates to vote the best among the aspirants, saying, “Vote a person who can re-invent Nigeria, and somebody who will make interest of the country first, and a person that can bring succour to Nigerians.”