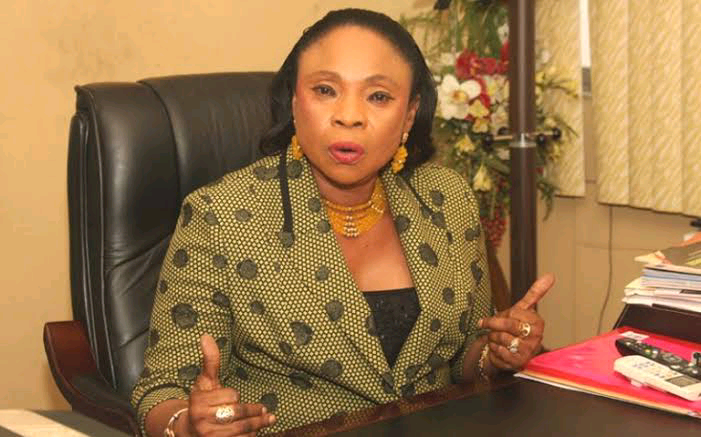 They depict horror and terror when they should be heroes and she-roes. They represent the flickering cowardice in the darkling plain of repression, when they should glitter like gold in the courageous sun. They are the Nigerian military: the monsters of sorrow, tears and blood; the devils and demons of death.

Amputated by unpatriotism, and gaunt on nationalism – the Nigerian Army – is the harbinger of anguish and despair to a nation writhing in the inferno of greed, beastiality, prodigality and incompetence, since it struck on January 15, 1966 and was vanquished on May 29, 1999.

Lest I be drowned in the sycophantic cacophony of ‘US-is-more-advanced-than-Nigeria’ rejoinders, I’ll cite Ghana, our dear neighbour, as an example of a sexagenarian country like Nigeria, that had been ruled by soldiers, but which has long left Nigeria in self-destruct dungeon.

In terms of military coups and democratic change of power, Ghana is superior to Nigeria, though Nigeria embarked on the journey of coup-plotting 40 days earlier than Ghana.

I won’t compare the US military with Nigeria’s, to do so is to compare the Atlantic ocean with a teardrop. Instructively, of the 45 presidents of the United States, 31 of them served in the military with about a dozen of them being war heroes.

In the main, American soldiers, who served as presidents, and others veterans, who held various political offices, burnished with patriotic fervour.

With their inexplicable wealth, greed was the starch of corruption on the crispy khaki of many rogue Generals that held various leadership positions during Nigeria’s military misadventures, that came in the form of coups.

Hiding behind the mask of ‘non-negotiable national unity’, 99.9 per cent of the leaders of the Nigerian military, at various times in the nation’s catastrophic history, made personal fortunes in the confusion they caused by substituting nationalism, competence and chivalry with ethnicity, nepotism and repressive constitutions.

The third President of the United States, Thomas Jefferson, was a soldier and war hero, who authored the evergreen Declaration of Independence in 1776. He served two terms and lived for 83 years – between 1743 and 1826.

Quite unlike the haughty soldiers of fortune that stomp and kick up dust in Nigeria, Jefferson was a statesman, diplomat, lawyer, architect, musician, philosopher, writer, politician and patriot.

Having repeatedly seen despotic boots brutalising the bloodied butts of democracy and freedom, Jefferson sounded a warning, more than a 100 years before Nigeria was created, saying, “Until we stop harming all other living beings, we are still savages.”

But Nigerian soldiers will never listen. A female member of Nigeria’s clan of savage soldiers, Lt. Chika Anele, two weeks ago, dehumanised an innocent female member of the National Youth Service Corps, NYSC, Ifenyinwa Ezeiruaku, at the 13 Brigade Headquarters, Calabar, Cross River State, by beating her up, pouring dirty water on her, subjecting her to bodily injuries and gruesome corporal punishments.

Following the outrage that greeted the viral video of Anele’s insane act, the Nigerian military mounted the podium to deny the allegations of cover-up, saying in the quivering voice of Falz the Bad Guy, that ‘the officer involved has been identified and sanctioned in the interim…’

Nearly 20 days after the evil incident, the military, in their arrogant and wanton manner, have said nothing about the show of shame, in the belief that Nigerians, as usual, have pulled up the carpet and swept the incident under.

To the generality of the Nigerian Army, many of whom are grossly uncivilised, Nigerians aren’t better than monkeys to be shot for sport.

No doubt, Anele needs an urgent psychiatric evaluation to determine her mental fitness for the soldiering job, which makes sacrifice the peak of patriotism, just as Ezeiruaku needs comprehensive psychological counselling to overcome the traumatic abuse.

It is ridiculous that Anele picked on Ezeiruaku because she shook a Nigerian soldier, whose feeding, clothing, accommodation and welfare are catered for by the taxes Ezeiruaku and other Nigerians pay to the Federal Government.

I would’ve recommended massive reorientation of the beasts in the Nigerian Army, but it won’t work, because dehumanisation of the civilian populace appears to be one of the drills soldiers are made to undergo while in training.

If it were not so, Nigeria’s military hierarchy should have announced forthwith the dismissal of Anele, a termagant unworthy of the noble calling of a soldier.

It’s so laughable that the military uniform for which Nigerian soldiers beat and kill civilians are worn by anyone in the US. You can walk into any store and purchase any colour of military camouflage or military uniform of your choice to wear.

Despite the attempt to give the US military a human face, and make soldiers live in amity within civilians, the US government and the American people still accord the highest respect to soldiers ahead of all other professions.

I’m not saying that Nigeria should quash Section 109 of the Criminal Code which forbids civilians from wearing military uniforms except if granted the permission to do so by the President or the governor, or if it is for stage play, all I’m saying is Nigerians should not be brutalised for an offence whose fine is just N10.

In its predictable viciousness, the Army was reported in March 2021 to have dismissed and detained one Emmanuel Odaudu in an underground cell for more than eight months because he rapped in his military uniform while he was still in the Army.

The victim’s mother, simply identified as Helen, said her son was arrested, blindfolded, chained in both hands and legs, and taken away.

Helen said her son was arrested in Otukpo, Benue State, and detained in underground cells in Port Harcourt and Abuja because Army authorities saw a shared Facebook memory of her son rapping in military uniform.

A fatal fate befell a 43-year-old man, Ajayi Oladele, who was tortured to death by soldiers of the Nigerian Navy, 4 Mechanised Brigade, Benin, Edo State, sometime ago.

The breadwinner of his family, Oladele was chained to the bed of Military Hospital, Benin, where he was rushed to when his health deteriorated after being tortured.

Oladele’s killers in Nigerian Army uniforms detained and killed him over an allegation that he owed a friend, Kayode Adeosho, N1.5 million, a claim which Oladele’s family described as untrue.

As it is the case of so many Nigerians, who have been killed or suffered extreme torture by soldiers, Nigerian military authorities have always kept mute and shielded erring soldiers who leave their duty posts to engage in criminal activities.

The case of notorious kidnapper, Bala Hamisu, aka Wadume, comes to mind. Even after Wadume had implicated 10 soldiers and nine civilians as his accomplices in the killing of three policemen and two civilians at a checkpoint along the Takum-Ibbi Road, Taraba State, in 2019, the Attorney General of the Federation, Abubakar Malami, had withdrawn the charges against the soldiers and set the killers free.

No country needs a cowardly Army that poops in the pants at the mention of Boko Haram, but turns its guns on innocent citizens. The late comedian, Moses Olaiya, aka Baba Sala, had a song for big-for-nothing bullies, “A se ko le ja, tito lo tobi banku, banku!”

Costa Rica, Iceland, Mauritius, Monaco, Panama and Vanuatu are examples of countries with limited military forces but no standing armies. All these countries are safer than Nigeria.

Andorra, Dominica, Grenada, Kiribati, Liechtenstein, Samoa, Solomon Islands, Marshall Islands, Saint Lucia, Saint Vincent and the Grenadines, Federated States of Micronesia, Nauru, and Palau are examples of countries WITHOUT military forces. People don’t die like cockroaches in these countries as they do in Nigeria.

Nigeria can do without killers in army uniform, please.