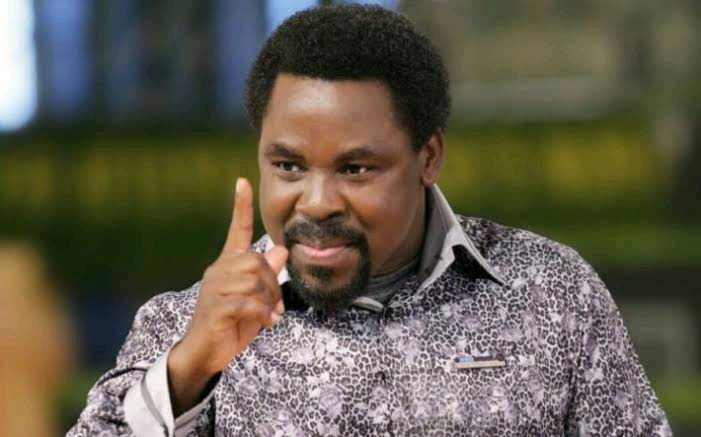 The Synagogue Church of All Nations, SCOAN has on Sunday, confirmed the death of its founder, Prophet Temitope Balogun Joshua, OFR, with these words: “God has taken His servant, Prophet TB Joshua home – as it should be by divine will. His last moments on earth were spent in the service of God. This is what he was born for, lived for and died for.”

This was revealed in its first official statement over the sudden demise of popular televangelist T.B Joshua,

Also, the official accounts of T.B Joshua and Emmanuel TV have confirmed the death of the popular man of God.

In a number of tweets on the church’s official handle, SCOAN confirmed the passing of TB Joshua, a recipient of the national award, Order of the Federal Republic, OFR.

“Surely the Sovereign Lord does nothing without revealing His plan to his servants the prophets – Amos 3:7.”

The thread continued, “On Saturday 5th June 2021, Prophet TB Joshua spoke during the Emmanuel TV Partners Meeting, saying “Time for everything – time to come here for prayer and time to return home after the service.

“As Prophet TB Joshua said, ‘The greatest way to use life is to spend it on something that will outlive it.'”

Revealing Joshua’s last words, the church wrote, “Prophet TB Joshua leaves a legacy of service and sacrifice to God’s Kingdom that is living for generations yet unborn.”

Appreciating the massive support the church has received over the passage of its founder, the church said, “The Synagogue, Church Of All Nations and Emmanuel TV family appreciate your love, prayers and concern at this time and request a time of privacy for the family.