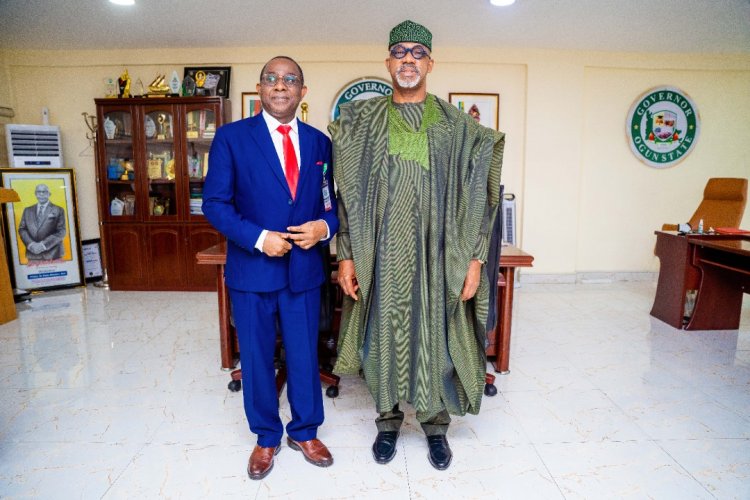 The governor of Ogun State, Prince Dapo Abiodun has been honoured by the African Development Bank, AfDB, ahead of the official commencement and launching of the Special Agro Processing Zone, SAPZ, nationwide, with the SAPZ Champion and Role Model recognition.

SAPZ, an AfDB project, is set for launch in five states across the country.

Ogun State had emerged one of the first phase beneficiary states in a rigorous selection bidding exercise, involving 24 states.

Delivering a special message on the implementation of the SAPZ, on behalf of the AfDB President, Dr.of Akinwumi Adesina, to Governor Abiodun on Monday, at his Oke Mosan, Abeokuta office, the Senior Special Adviser on Agro Industrialization to the AfDB President, Professor Oyebanji Oyelaran-Oyeyinka, explained that the visit was to intimate the governor ahead of the official commencement/launch of SAPZ nationwide.

Oyelaran-Oyeyinka added, “The AfDB representative is in the state to deliver a special message on the implementation of the SAPZ to the governor as an SAPZ champion in recognition of the state’s complementary infrastructure support of road, cargo airport, investment drive and so on, which are supposed to complement AfBD operations in SAPZ in the state.”