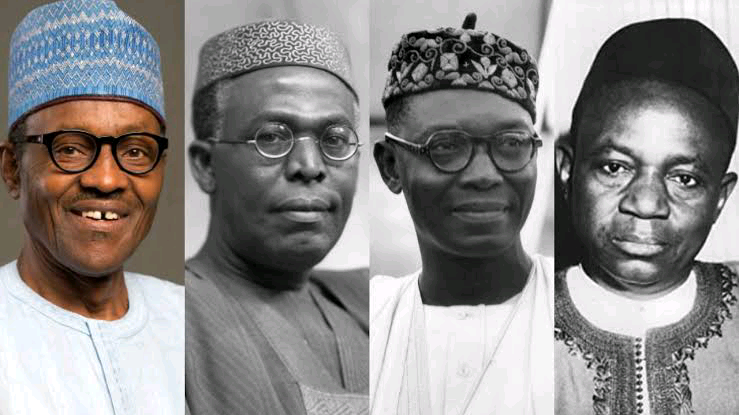 Clothed in the gold and black stripes of a tiger, the honeybee is a commando in flight. Were it human, its life would’ve been the personification of tragedy. Being an insect, however, the bee life is the ‘insectification’ of a sweet-bitter existence, because the bee is the soldier that falls on its own sword after stabbing its victim.

As for the snake, awe is the word. The snake is the snake; a killer needs no introduction, but eternal vigilance to protect against the fangs that freeze the blood to cease the breath.

There’s a similarity between the life of the bee and that of the everyday Nigerian. The bee, like the you-and-I Nigerian, is a workaholic, daily striving to add value to life through the production and protection of honey, which symbolises crude oil.

To repel the enemy, the bee strikes with its sting. And dies immediately because as the bee’s stinger pierces the flesh of the intruder, it gets hooked, and the stinger’s internal extension ruptures the abdomen when the bee tries to pull out the stinger from the victim’s flesh.

Like many Nigerian women, who die daily while procreating, and protecting the caste, the female bee is the worker and soldier that dies after stinging the intruder. The male bee doesn’t meet such an awful fate.

The life of the snake is partially insured by its fangs. But the fangs of the snake don’t get hooked like the bee’s. The fangs are the hypodermic incisors that inject venom into the bloodstream, sending the victim on a journey of no return.

The snake is a metaphor for Nigeria’s powerful men of authority. It’s also the garb of guile worn by men of gourd, parading as apostles and imams.

The snake means different things to different people. In India, some people have put the snake on their payroll and hired the deadly reptile to kill. An Indian, Sooraj Kumar, was on Wednesday handed a double life sentence for killing his wealthy wife with a cobra, so that he could inherit her fortune.

A lower court in the Indian State of Kerala found Kumar guilty of starving a cobra and putting it in the room of his unnamed wife.

Premeditated murder through snakebite is becoming a trend in India, just like Nigeria’s men of politics and religion employ assassins to get rid of their rivals.

A few days ago, the viral video emanating from an Islamic school in Ilorin, Kwara State, upset the sensibilities of right-thinking Nigerians, who were aghast over the gleeful and merciless beating of some adolescent male and female students.

One of the victims of the martyrdom, Nasirudeen Muhideen, said only one of them took alcohol at a schoolmate’s birthday party.

The prompt response of the Kwara State government to the disturbing video is commendable. But the intervention shouldn’t stop at condemnation and setting up an investigative panel alone – culpable teachers must be brought to book and sent to rehab.

I do not totally condemn physical punishment on schoolchildren, but punishment should be administered in love – to correct, and not to annihilate – as was the case of the Ilorin madrasah incident – in which more than an eye, a tooth, and an eardrum could be lost.

Talking about the rod of discipline, the Good News Translation of the Holy Bible says in Proverbs 22:15 that, “Children just naturally do silly, careless things, but a good spanking will teach them how to behave.”

The American Academy of Pediatrics, AAP, in an article, ‘Discipline vs. Punishment: What Works Best for Children,’ says “19 states (in the US) still allow public schools to use paddles or other physical punishment on kids,” adding that, “this adds up to about 163,000 students, who are physically punished in school each year, according to recent data.”

The article, published on November 5, 2018, however, says, “Corporal (physical) punishment also does not work,” stressing that, “The AAP is against physical punishment in and outside of school.”

For his erudition and poise, I admire Vice President Yemi Osinbajo. I also have profound respect for Mr Femi Adesina, the Special Adviser on Media to Nigerian President, Major General Muhammadu Buhari (retd.). But I think Lawyer Osinbajo and Adviser Adesina’s belief that Soja Buhari “is possibly the most popular Nigerian politician that we ever had in generations,” was profane.

It’s true that Osinbajo didn’t particularly mention Chief Obafemi Awolowo or Dr Nnamdi Azikiwe or Mallam Aminu Kano in the speech he delivered in London. It was Adesina, the mouthpiece, who cast his net of disrespect into the sea of falsehood, and announced Awo, Zik, and Kano as the fries his net caught – when compared to Buhari.

Listen, Ogbeni Adesina, what endears citizens to leadership is the fulfilment of their dreams and aspirations, a pedestal upon which Buhari slipped and crashed face down from the Rock called Aso since 2015.

Not even in the zoo or in the wild can inhabitants love their leader for senseless bloodshed, insecurity, hunger and hopelessness: I solemnly reckon that such love and existence belong in hell.

My head dropped in shame when I read, “(Buhari is) possibly Nigeria’s most popular politician that we have had in generations.” No doubt, Osinbajo is a smart lawyer, who has a way with words. But his assertion is the same illogic that fed the lie to Buhari’s consistent denial that the late dictator and rogue General, Sani Abacha, wasn’t corrupt.

Instead of calling a thief a thief, Buhari, according to an article in the Vanguard, on May 9, 2016, said, “Nigeria is awaiting receipt from Swiss government of $320 million, identified as illegally taken from Nigeria under Abacha.”

The 2016 vague reference to Abacha’s kleptomania came after many years of Buhari standing by his criminal Kanuri benefactor.

If Buhari says Abacha is not corrupt, it is clear why the Economic and Financial Crimes Commission, EFCC, and the Independent Corrupt Practices and Other Related Offences Commission, ICPC, have been busy building sandcastles and playing Ludo with the anti-corruption war.

The immediate past acting chairman of the EFCC, Ibrahim Magu, was swept out of office in a wave of fraudulent allegations, just as no former member of the Peoples Democratic Party, PDP, who defected to the All Progressives Congress, APC, has been convicted, despite multi billion dollar financial fraud charges levelled against them.

Abacha’s kinsman, who is wanted in the US by the FBI over an internet scam, Deputy Commissioner of Police Abba Kyari, has yet to be released by the corruption-fighting Nigerian state, headed by Buhari 80 days after the FBI request.

As I lift my head from my sad chest, I’m in severe pain, like former governor of Ekiti, Ayo Fayose, to think that it is Buhari, whose secondary school certificate hasn’t returned from AWOL, whom Awo is being compared with.

As a former editor, Adesina surely knows that Awo’s name was used by the leadership of the APC in the South-West to sway votes in favour of Buhari in 2015 and 2019.
Why do you need to beg for votes in my name if you’re more popular than me?

A Senior Advocate of Nigeria, Awo was a British-trained lawyer, philosopher, writer, publisher and the greatest political leader ever to come out of Nigeria.

A true lover of the talakawa, Mallam Kano attended the Institute of Education, University of London. He was a great leader in the true sense of it. He wasn’t like that wicked leader in whose mouth fried meat was missing.

The labour of our heroes shall never be in vain.

•Odesola,a journalist and a public analyst, writes from the United States of America, USA, and can be reached via: Email: tundeodes2003@yahoo.com; Facebook: @tunde odesola; Twitter: @tunde_odesola; and TundeOdesola.com