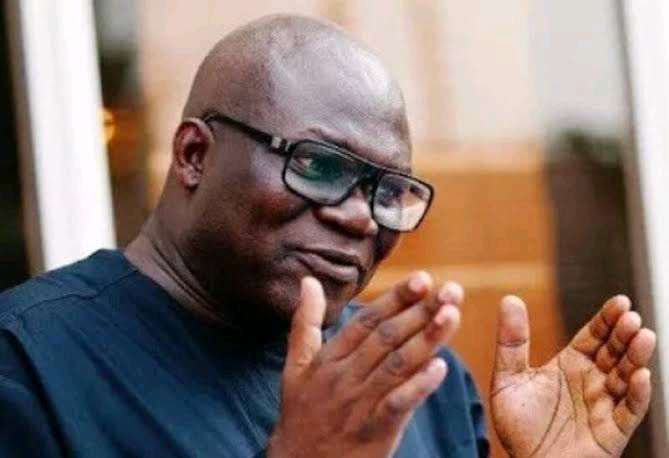 Speaking on Arise TV Morning Show on the agitation for Oduduwa Nation, Dr. Reuben Abati among other things, said “And none of the people who are calling for secession is known, it amounts to a treasonable felony.”

In his anchor seat of Arise TV, Abati, like the Old Testament Pharisee, pontificates his stupidity by equating the rights of people to self-determination to treasonable felony. All people have the right to self-determination. By virtue of that right, they freely determine their political status, and freely pursue their economic, social, and cultural development.

In 1976, Professor Carlo M. Cipolla, professor of economic history at the University of California, Beckley, in a published essay said that stupid people are humanity’s greatest existential threat.

According to Cipolla “Stupid people share several identifying traits: they are abundant, they are irrational, and they cause problems for others…thereby lowering society’s total well-being.”

The Italian-born professor concludes that “there are no defenses against stupidity. The only way a society can avoid being crushed by the burden of its idiots is if the non-stupid work harder to offset the losses of their stupid brethren.”

No doubt, Abati is a stupid man and a professor of stupidity. Yorubas should not give any breathing space for idiots like Abati in our struggle for Oduduwa Nation. We must avoid these idiots like a dissident stream.

•Article 1(2), Charter of the United Nations;

•Articles 1 and 12, International Covenant on Civil and Political Rights;

•Convention on the Elimination of All Forms of Racial Discrimination;

•General Recommendation No.21 on Right to Self-Determination, Committee on the Elimination of Racial Discrimination;

•Article II, Resolution 260A(III) on the Convention on the Prevention and Punishment of the Crime of Genocide, General Assembly;

•Declaration on Principles of International Law Concerning Friendly Relations and Cooperation Among States;

•Declaration on the Granting of Independence to Colonial Countries and Peoples;

•Declaration on the Rights of Persons Belonging to National or Ethnic, Religious and Linguistic Minorities;

Through legal and constitutional means, Yorubas will win the struggle to self-determination and Oduduwa Nation will be the newest nation very soon.

•Oluwasanmi can be reached at bjoluwasanmi@gmail.com