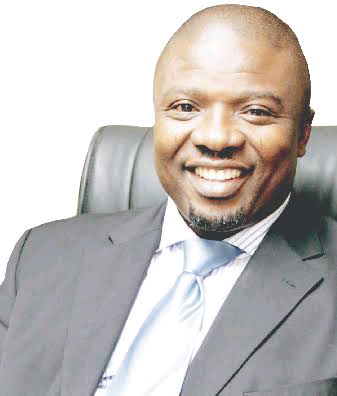 A member of the House of Representatives, representing Lagos Mainland federal constituency, Hon. Jide Jimoh has urged the Federal Government to recruit one million troops and five hundred thousand police officers to combat the increase in insecurity across Nigeria.

A statement from the Special Assistant, Media, to Hon Jimoh, Debo Omilani, stated that the lawmaker gave the advice on Monday on a television program entitled: ‘Nigeria Today,’ saying failure to quickly address the growing insecurity in the North and other regions, would hamper the country’s growing economy.

Hon Jimoh averred that the reasons we have not been able to end kidnapping and banditry is that it has now transmuted into a profitable business, mostly among the youths in Nigeria and it is now on the increase.

He, however, stated that collective responsibility is the key to put an end to it.

He siad, “What kind of business will you do at this time, that you will gain N10 million at once? But in kidnapping, banditry and other forms of social vices, you can make such money.

“Insecurity has been in existence since the regime of the former President Olusegun Obasanjo, Goodluck Jonathan, Umar Musa Yar’Adua and now Muhammadu Buhari’s regime. Nothing stops the Federal Government from recruiting about 1.5 million troops and police officers.

“Look at how bandits abducted more than 20 passengers in a bus in the town of Zungeru, 50 kilometre from where the schoolboys were taken on Wednesday in Niger State.

“If we have all these new officers with the right mindset, there is no way the country will not curtail the increased insecurity in Nigeria; but now, only a few officers are battling the insecurity in various communities. Without a strategic structure, security architecture and manpower, we will not be be able to surmount these challenges.

“For instance, if Yaba community had over 200 policemen on ground to respond to security emergencies, the residents will be happy.

Jimoh further stated that each community should also be responsible to work with the security agencies, adding, “What are we doing for the youths smoking hemp, tramadol and other hard substances in various communities? The residents refuse to either talk, challenge or report them to the security agencies.”

Speaking further on the link of unemployment with insecurity, the lawmaker said that the government cannot provide jobs for millions of youth in the country, rather, they create enabling environment through private partnerships and to encourage entrepreneurship and Small, Medium Enterprises, SME.

He added, “All hands must be on deck to make this country work through paying of taxes, embrace Small Medium Enterprises, and respect the law of the country.”