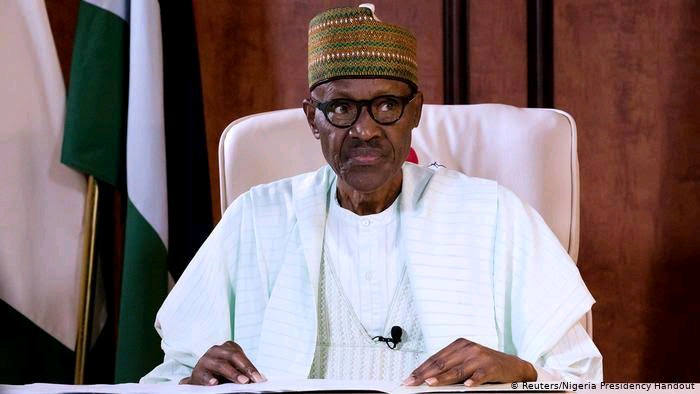 Nigerian youths should be applauded for calling off the nationwide protest previously planned for June 12, 2021 to demand the removal of President Muhammadu Buhari from office. The bloodthirsty dictator could have exploited the protest to murder more citizens. These helpless youths have suffered enough for the sins of their heartless leaders. Yet, the goal of the protest lives. But the plan must assume a new and broader dimension.

It begins by acknowledging the fact that Muhammadu Buhari is no longer Nigeria’s real problem. The year 2021 does not belong in the past, where a clique could assume power and dictate as it pleases. Recent events have hinted that Buhari’s ongoing war against Nigeria would not be decided at the Dodan Barracks nor at the Aso Rock. The country now has a multitude of Biblical Josephs of sort that have become strategically entrenched in all nooks and crannies of the world but who are determined to pay the ruthless leader in his own coin.

The gist is that Muhammadu Buhari is a spent force. He is already boxed in a corner and bound to be bundled to the International Criminal Court at the Hague once out of office. In short, Buhari’s case is a settled matter.

The true problem, therefore, is the legislature, which has failed to abide by the Constitution to remove the President for “gross misconduct in the performance of the functions of his office.”

Enumerating Buhari’s gross misconduct in office is akin to counting the sand at the seashore. How and where does one begin or how and where does one end? This man is a stone-cold bigot who has sustained power through demagoguery. He is by far the most vengeful, divisive, tribalistic, nepotic, toxic, and terrorist leader in recent memory. The Nigerian President commits mass murder. He commits politicide. He dreams and relishes genocide. The sadist is a curse to the human race and currently the world’s worst.

Accordingly, many ethnic groups, as well as prominent Nigerians – from the East, North, South, and West – have continued to call for Buhari’s impeachment. The gross misconduct under his regime is so glaring that even his wife, Aisha Buhari, had to damn the consequences to alert fellow citizens that her husband had since lost the control of the government. She admonished “the Nigerian men” for doing nothing.

The delay to impeach the President prompted several youth groups and activists to embark on various protests, demanding good governance. But the protesters are always met with brute force, with many innocent youths losing their lives. Buhari’s terrorist activities, as well as the gory images, are daily news.

So, what is the National Assembly waiting for before removing the terrorist from office? Could the delay be attributed to the fact that the President is indifferent to the massive corruption at the legislative arm of the government, including jumbo salaries? Could it be because the Nigerian legislators, their families, and estates are fully guarded by detachments of officers from the Nigerian Armed Forces?

The false consensus seems to be that the legislators from Northern Nigeria will not be quick to impeach Buhari since his deputy, a Southerner, would automatically assume the Presidency. The proponents argue that it is more plausible to allow him to serve out his two terms so that the process of power rotation can be preserved.

But such a reason is not tenable. Anyone thinking that Muhammadu Buhari will hand over power at the end of his tenure is daydreaming. The incorrigible dictator cannot and must not be trusted. This is a man who assumed power, preaching integrity, virtue, and righteousness, only to gain the power to embrace the worst form of corruption, utter disregard for rule of law, and gross abuse of office as a way of governance. There is no way Buhari can be entertaining the thoughts of peaceful transition of power while at the same time waging war against some sections of the country.

Moreover, a vast majority of the Nigerian people no longer cares about the ethnic origin of their President insofar the goon is gone. After all, the people of Buhari’s region are the worst victims of his evil policies. Even at that, nothing stops the legislators from impeaching both the President and his deputy. But Buhari must go.

The National Assembly must act now. Nigeria is at the brink of a monumental collapse. The time of hiding behind the Buhari baggage to absolve blame is over. Forget about past experiences. Let one courageous patriot move a motion for the impeachment. Let the world know where each lawmaker stands. Let their constituencies know where they stand. Let the youths know their true enemy.

Failure to act is to risk a mass revolution of global consequence. But such revolution should be targeted squarely at where it belongs. It does not have to be the typical youth affair. The Nigerians in the Diaspora – some of whom were forced to embrace the harsh conditions at foreign immigration jails as more hopeful than the situation in their native country – are definitely more aggrieved. The international community, of course, is tired of the never-ending mess. Needless to remind that the Arab Spring revolution, which Buhari once craved for Nigeria, was masterminded outside the Arab States.