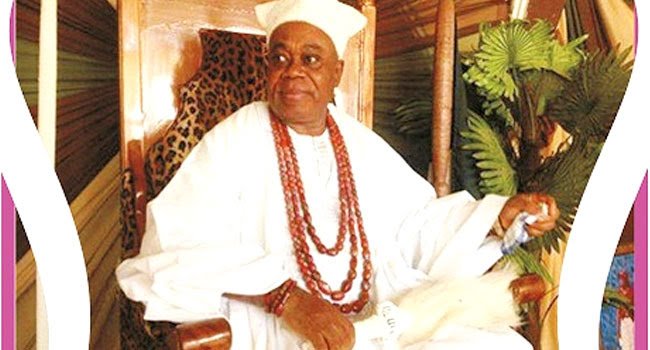 In an attempt to douse the palpable tension generated by the misconception from the quit notice issued to Fulani herdsmen encroaching on the Ondo State Forest Reserves, by the Ondo State governor, Arakunrin Rotimi Akeredolu, the Sarkin Fulani of Lagos State and Chairman, Association of Fulani Chiefs in the South Western geo-political zone, Alhaji (Dr.) Mohammed Abubakar Bambado, has siad that governor never issued quit notice to herdsmen in the Sunshine state.

In a statement Alhaji Bambado personally signed on Tuesday and made available to the media in Lagos, the monarch said it is necessary to make the clarification in order to put the governor’s real intension in its correct context saying that Governor Akeredolu, SAN, never mentioned in his statement that all the Fulani herdsmen should vacate the entire state.

Quoting from Akeredolu’s Tweeter handle, Bambado explained that the governor specifically referred to those herdsmen living and conducting their cattle rearing businesses within the Government Reserved Forest, asserting that the quit order placed on them is in order and in conformity with global decorum.

Recall that Governor Akeredolu, SAN, ordered all Fulani herdsmen living in the Government Forest Reserves to vacate the place within seven days; just as he spelt out some other rules and regulations to be fulfilled in conducting their business of cattle rearing in the state.

The regulations and guidelines include the abolition of rearing their cattle in the night; outlawing under-aged gazing; banning the parade of cattles on the highways and moving them in the cities.

Akeredolu warned that herdsmen wishing to carry on animal rearing business in the Sunshine State should register with the appropriate authorities.

Consequently, while urging his people across the South West geo-political region and beyond not to panic, the respected monarch also agreed with the governor on some other steps taken in his message to curtail all forms of security challenges in the state, like night rearing of cattle that always lead to the destruction of farmlands, parading the animals on the highways, as well as in the towns and public places; admitting that such attitudes are against standard norms globally.

Dr.Bambado therefore assured the governor and the good people of Ondo State in particular and the South-West as a whole that “we Fulani in the region will support the government of the day in all its efforts to eradicate completely, all forms security challenges like kidnapping, banditry, armed robbery, killings and attacks on farmlands that always lead to wanton destruction of food and cash crops.”

While urging everyone concerned not to take the governor’s quit order out of context, the monarch appealed for calm and understanding over the issue at hand, admonishing that, “this is the time all the stakeholders in the country should come together, irrespective of their ethnic bias, religious sentiment, political leaning or social affiliations, to put the country on the right path towards peace, safety and greatness.”

Concluding, while insisting that the development did not call for controversy, Dr. Bambado stated that, there should no cause for alarm over Governor Akeredolu’s quit order on those herdsmen living within the Government Forest Reserves, if his statement was correctly interpreted.

He asserted, “Akeredolu, SAN, has not ordered the Fulani out of Ondo State, but advised the herdsmen to vacate the Forest Reserves and ply their trade at other permitted areas within the state in accordance with universal standard norms.”

It Hurts Breastfeeding My Baby -Bambam