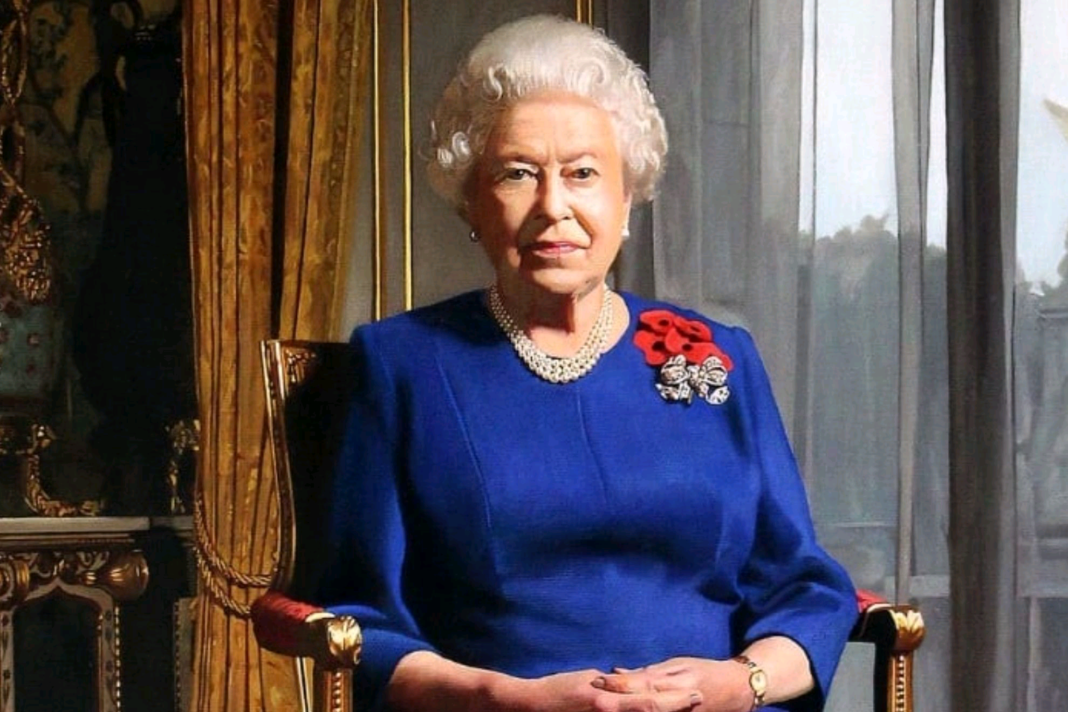 When two horses gallop without the clippity-clop sound of thudding hooves, chances are they are floating. Yes, the two white stallions charioting Queen Elizabeth floated towards Heaven’s Gate in a cloud of fire amid the evergreen Christian song: “Across the Bridge,” made popular by the late American country music singer, Jim Reeves.

Clad in her trademark hat, diamond-embedded suit, and gold-encrusted white gloves, she waved her right hand slowly, as the chariot wafted through white and blue clouds, while the song “Across the Bridge, there’s no more sorrow…,” played in the background.

The serene ambience of Heaven’s Gate was rowdy this morning. It’s true the dead don’t bite. But they do protest, just like they are doing this morning. Dead citizens from almost all the 56 countries making up the Commonwealth of Nations, which the Queen headed while alive, had stormed Heaven’s Gate, bearing placards with various inscriptions, urging the banishment of Elizabeth to hell.

Some of the placards read: “Here comes the Queen of Slavery;” “Elizabeth lineage disrupted God’s earthly order, she doesn’t deserve paradise;” “Elizabeth’s Britain: The most corrupt empire ever;” “Elizabeth, Hypocrisy Queen;” “The world would’ve been better without Elizabeth’s bloodline.”

The angels had a tough time controlling the surging protesters, especially those from Nigeria, where hate had replaced national conscience, and pessimism had pummelled patriotism into submission, leaving ethnicity, intolerance, nepotism and treachery as enduring branches on the tree of corruption.

“We no go gree o, we no go gree…,” the Nigerian protesters chorused, looking for discarded tyres, matches and fuel, but Queen Elizabeth was calm and unmoved, stern and unblinking in her bulletproof chariot.

When they couldn’t get anything to burn, the protesters later changed their song to: “Water run away my eyes,” mentioning epochs like colonisation, the 1914 amalgamation of Nigeria, the looting of Nigeria’s artefacts and resources by Britain, among others.

Simultaneously, many deceased Caucasians rose from the back of beyond and rallied to the defence of the Queen, chanting and spoiling for a free-for-all – all floating at Heaven’s Gate.

In the midst of the cacophony, the Queen calmly stepped out of the chariot and walked towards Heaven’s Gate, her pedicured feet fleeting on the wavy clouds. But the Nigerian protesters rushed to the gate, their hands interlocking to form a barricade of bodies.

With the fire in her eyes protesting the unheard-of affront, the Queen, in a controlled tone, said under her breath: “Blimey! To what do I ascribe this crackbrained display of irritability? Is this the reward for civilising a backward people without history?”

The Nigerian protesters roared in unison, calling attention to the Queen’s use of hate speech: “Did you hear that, Angels Gabriel, Raphael and Uriel!? She thinks she’s still in her empire, built with the sweat and blood of blacks.”

Queen: “Blast and fog! The earlier you know enemies aren’t permanent, only interests are, the better your understanding of global politics and power, and the more profitable it’s for you.”

Protesters: “If Britain didn’t colonise us, we would’ve been a superpower today.”

Queen: “On my life, Nigeria would have remained a merciless jungle dominated by wife-snatching and land-grabbing feudal lords, where only the rich and powerful thrive. Britain couldn’t colonise Ethiopia, though we tried. We couldn’t break their unity. Mark you, Canada, Australia, Hong Kong, India, and New Zealand were former British colonies doing wonders today.”

Protesters: “You bequeathed a terrible political heritage to us, forcing the weak and unenthusiastic North on the strong and progressive South.”

Queen: “You allowed that preferential sleight to become an albatross when the South-East sought to upturn the political order by killing military leaders mainly from the North.”

Protesters: “Stop that divisive rhetoric! The South-East didn’t set out to annihilate military officers from other regions, it was a military coup in which logistics and plans went awry.”

Queen: “Tell that to the marines!”

Protesters: “Every country you set foot in becomes a story of pilferage, pillage and plunder.”

Queen: “I colonised Ghana, too. See what Ghanaian leaders have made of their country, see what Nigerian leaders have turned Nigeria into. Why did former Prime Minister David Cameron describe Nigeria as fantastically corrupt? It’s because billions of Nigerian dollars are stacked in foreign banks.”

Queen: “Shut that latrine you call a mouth! Did Britain collude with Abacha to relocate the Central Bank of Nigeria abroad? By jove, you have no idea how much other leaders stole from 1976 till date. When I administered your country, electricity was constant, roads were good, hospitals were functional, there was no ASUU strike, there was employment, life had meaning. It’s my bet that Nigeria of the slave trade era was better than Nigeria of today, because life had a price tag then, it wasn’t as brutish and valueless as it is today.”

(The protesters began to break off gradually, slinking back to the underworld one by one)

Queen: “Did Britain also induce your prodigal leaders to jump on planes to London for mere meetings they can hold in the excellent Nigerian weather? Does that singular act not show that shame is a scarce commodity among your political elite? I’m very proud to lead a small country in population and landmass into the realm of global power. Love, kindness and patriotism are key components lacking in your country’s leadership.”

Few remaining protesters: “You’re the poisonous contaminant that polluted the confluences of our separate rivers, and made us sick, cancerous and vulnerable till date….”

Queen: She ignores the few remaining protesters, peacocks majestically to the gate and asks Angel Michael who sits before the Book of Life if her name is in there.

Angel Michael: “I have searched the Book of Life seven times, not once did I find your name therein.”

Transfixed, the Queen goes pale, then red, and blank, sweat oozes from every pore on her body. The cool, heavenly clouds gradually turn into harsh, dry wind, becoming hotter by each passing second.