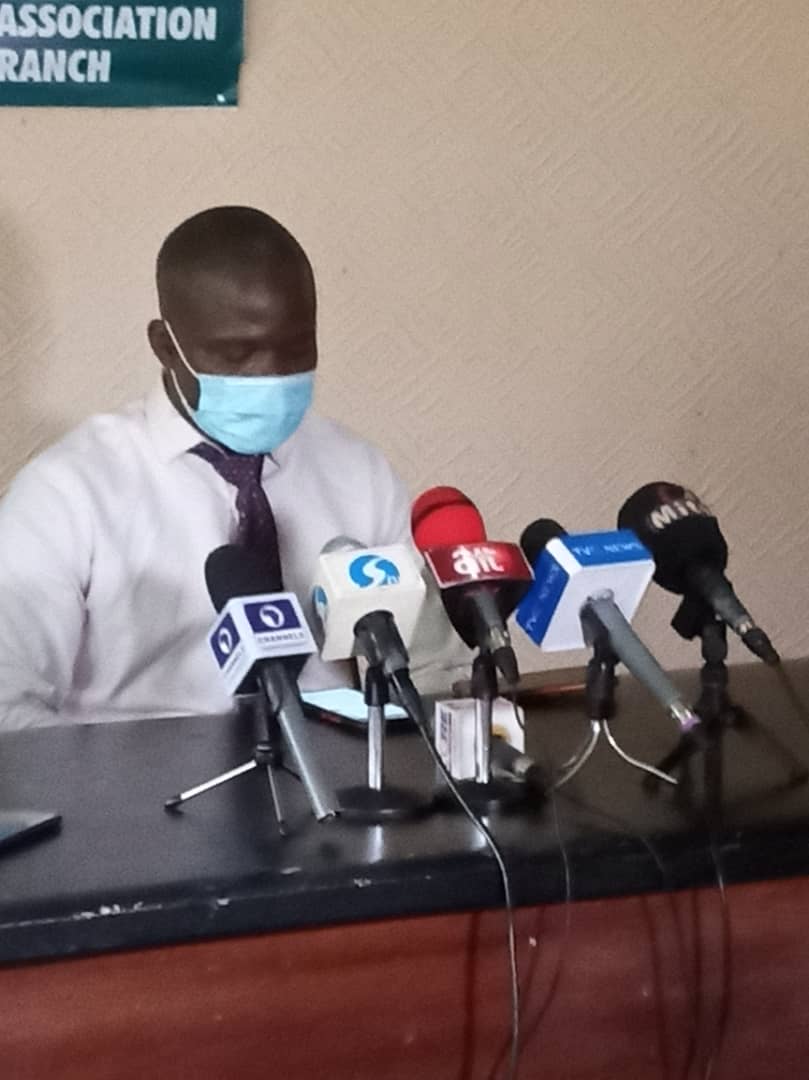 The alleged continued poor condition of service experienced by workers in the health sector of Ekiti State may be disastrous and result in mass exodus of medical personnel in the state, if something urgent is not done by the government.

The body of medical and health personnel under the auspices of the National Association of Government General and Medical Dental Practitioners, NAGGMDP, Ekiti State chapter, speaking through the chairman and secretary, Drs Toyese Adeleye and Adeniyi Kolawole respectively, gave the warning over the weekend, at a press briefing in Ado Ekiti, the state capital.

While clarifying the three-week-old doctors’ strike in Ekiti State, the duo alleged that the government had paid deafening ears to their members’ plights in the course of their providing human services.

They said that it was very sad that the Ekiti State government remains unperturbed about the germane and critical issues raised by the doctors; and the implications on the good citizens of the state viz – a – viz the health aspects of the Ekiti Project.

They said, “It is an unfortunate and painful decision for us to proceed on the industrial action, especially at a critical time like this, but we have done everything humanly possible to get the government to do the needful, all to no avail.

“The society believes doctors should under no reason down tools, this idea we share passionately when things are done normally.

“However, things become unbearable after several years of pleas, lobbying, position papers and letters that fell on deaf ears; and one was left with no other option than to take this painful path.

“Especially when the health and mental wellbeing of the career-doctors is now at risk and the impending systemic failure looming within the health sector stares at us as stakeholders.”

Lamenting the absence of medical service in 22 general hospitals in Ekiti State, made up of over 3.2 million people, the NAGGMDP bosses called on well-meaning Ekiti people to prevail on government to look into their demands. 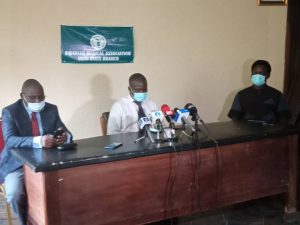 They added, “We understand the risks and implications of an industrial action, especially on the poor citizens, who do not have the wherewithal to seek medical help overseas as many of the privileged few in high places.

“This is even proving a luxury as COVID-19 is teaching us new realities of ensuring we invest in our health systems, which will be able to respond well in times of crises, rather than spend valuable forex on needless medical tourism.

“It has now become necessary to take steps to ensure that the poor masses are seen in befitting Hospital environments by safe doctors who are emotionally stable and with jobs minimal to moderate job satisfaction.

“We have been trying hard to get the ears of the government for the past 10 years on issues relating to qualitative healthcare delivery viz-a-viz the welfare and safety of our members, but the narrative has been the same of ‘wait till things get better’.”

Alleging that only health workers in the employment of Ekiti State government have never received a dime as Hazard Allowance for over 10 years, the medical doctors said that experiencing poor working conditions causes mass exodus of personnel.

“This is now the reason why the service of our dear state is no longer attractive to new medical graduates.

“The older ones seek greener pastures within the state and neighbouring states, with better conditions of service, as well as better quality of life as soon as the opportunity is available.

“This has resulted in a progressive decline in the number of doctors from as much as 180 to as low as just 71 currently.

“We recommended that the government should as a matter of urgency fix our deplorable operating theatres, consulting rooms, provision of reasonable quantities of Personal Protective Equipment, PPEs and other basic protective materials like face masks and gloves.

“We equally opined that intervention across the line of remuneration will prevent the mass exodus of doctors from our state among others,” they said.

While praying for the quick recovery of the state governor, Kayode Fayemi, from COVID-19 infection, the union said, “We received the news of our governor’s positive COVID-19 test with deep concern. We pray God grant Governor Fayemi quick recovery and sound health; to the world, we say ‘be courageous, this time also shall pass’.”