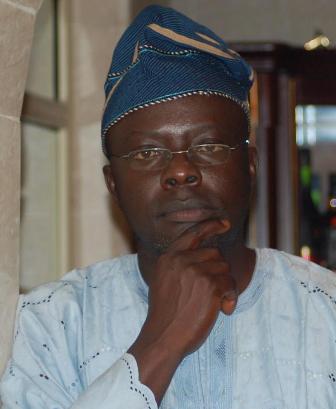 Politics is tough. It is rough. And, in these parts, could be very dirty and deadly. These are some of the reasons many on the fringes often refuse to get involved. Meanwhile, we need more of those on the fringes to get fully involved, if we really want positive developments in our land.

The issues around the Ogun State Commissioner for Environment, Abiodun Abudu-Balogun’s alleged involvement with a teenager was no surprise to son of man, when the politically naive began their circus on the social media. Of course, the underwater drummers did a very good job.

One is not a saint. But as bad as some of us are, it is doubtful one can try to force a young girl against her wish in a place with many people. There was what you could describe as a crowd there. Even a strong libido, induced by Hennessy with bitter kola, will never encourage a man of means to disgrace himself in the manner suggested by Abbey’s traducers.

In Ogun State, unlike Lagos, we share political positions on the basis of local governments and federal constituencies. Should Ogun Waterside Local Government lose this one due to the childish power play in that place, those who seek to gain from Abbey’s ‘fall’ will be sorely disappointed. His position, for sure, will go to another local government. Éyin l’e maa lose!

His mum was kidnapped at some point, when he was a member of the House of Representatives. Elsewhere, it would not have been allowed to happen. Losing his re-election at the time he did in 2015 was something else, because it is on record how many facilitations he did for residents of his local government.

The political leaders in Ogun Waterside need to tell those behind the current shenanigan to behave. He almost sorted out the mess that the Federal Government newsprint manufacturing company in that place had become. If he had won his re-election, loads of things he had in the works would have boosted Ogun Waterside economically and socially.

You don’t destroy a good hand because you still describe him as a ‘Tekobo’. It is evil, senseless and anti-development.

Amotekun Is Shaping Up Well -Makinde