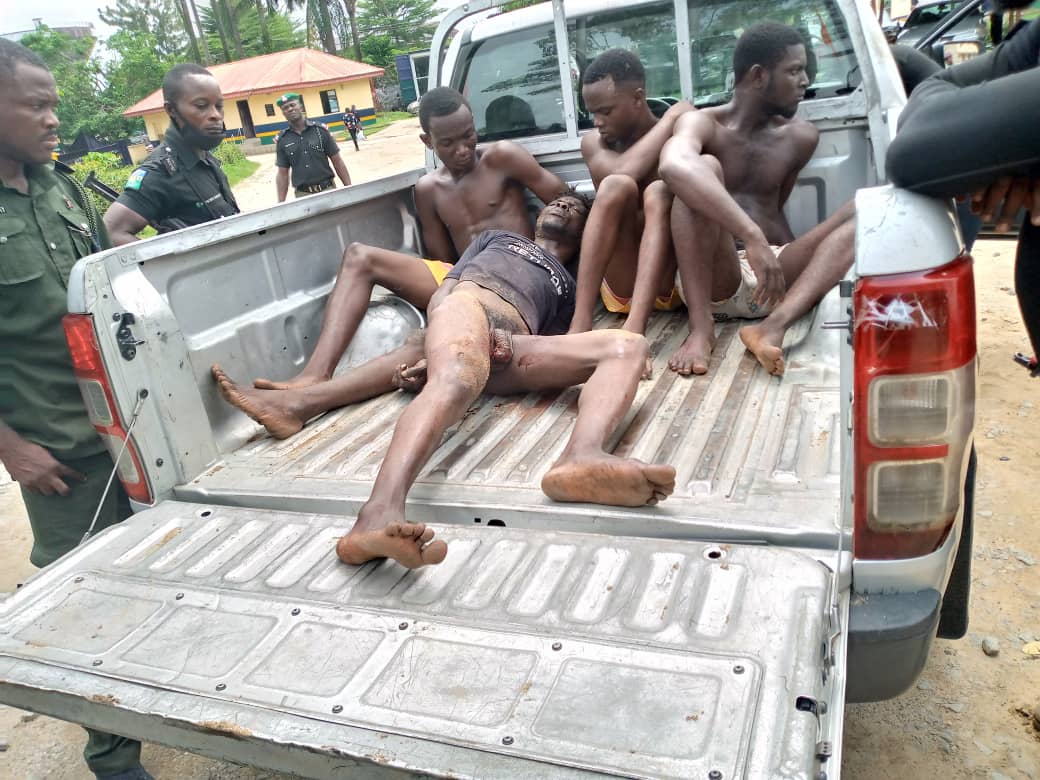 The Toyota Jeep, according to the Cross River State Commissioner of Police, Sikiru Akande, was stolen from a car stand owned by Don Andrew’s Car Stand within the 8 Miles axis, close to Cross River Basin Authority, Calabar.

CP Akande, in an interaction with journalists stated that the arrest of the suspects was in line with his promise to rid the state of criminality, stressing that the police won’t rest on its oars until the lost glory of the state is restored.

Akande, while narrating the incident, said that the suspects were arrested by men of Anti-Cultism/Kidnapping Unit around Number 12, Inyang Ewa Street in Calabar South Local Government Area of the state, on May 14, 2021, after they had stolen the vehicle at gun point.

The CP maintained that the success story is attributed to compliant by the victim, stressing that after a tip off by good citizens of the state, the police had to trail the criminal suspects to their hideout.

Akande said, “The car was stolen by Benedict at Don Andrew Car Stand, close to premises of Cross River Basin Authority at 8 Miles axis of the state capital.” a

He therefore warned residents of the state not to relent in giving out useful information to the police, who are determined to bring back peace to the state.

The CP stressed that the prime suspect, Benedict tried to zoom off in the vehicle to scale through military check point at Agro-Feed to evade arrest with a bullet wound sustained, but unfortunately for him, all his effort ended in futility.

Maintaining that the police had begun serious investigation to enable them unravel others behind this criminality, CP Akande warned that the police won’t rest on its oars until criminality is wipe out of the state in its entirety.