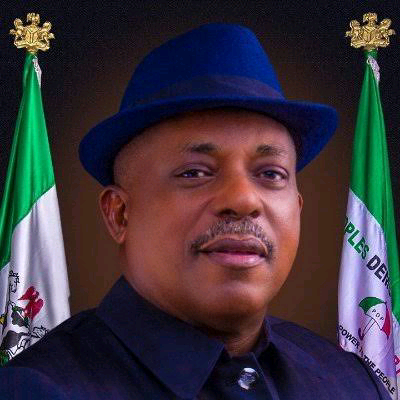 The crisis bedeviling the opposition Peoples Democratic Party, PDP, took a new twist on Tuesday with the reported resignation of seven members of the National Working Committee, NWC, of the party.

It was learnt that they resigned, because they said that they could no longer work with the PDP NWC as currently constituted.

The resignees however pledged their loyalty to the opposition party.

Despite that no official statement has been issued by the PDP, the resignations were confirmed by the National Organising Secretary of the PDP, Col. Austin Akobundu, retired.

The designation of the seventh person was not clear as of the time of filing this report.

Meanwhile, the PDP had begun strategic plans to wrestle power from the ruling All Progressives Congress, APC, come 2023 and sources within the party have pointed to the removal of Uche Secondus as the National Chairman of the party, as one the major planks of the repositioning process before the party’s forthcoming convention.

A source, who was a senatorial candidate of the party in the South West in the 2019 election, disclosed that top stakeholders in the PDP were currently fine-tuning the process of changing the national leadership of the party, by ensuring that those who should be in on the plan were convinced.

Pleading anonymity, he said, “As I speak to you, it seems no one would be able to help Secondus, as his main man is, right now, neither here nor there. To him, Governor Nyesom Wike is the only one who wants him out. But he is getting it wrong and all hands are now on deck to ensure a new lease of life for the PDP.”

And stakeholders opined that the latest gale of resignations might the genesis of Secondus exit from office as PDP’s National Chairman.